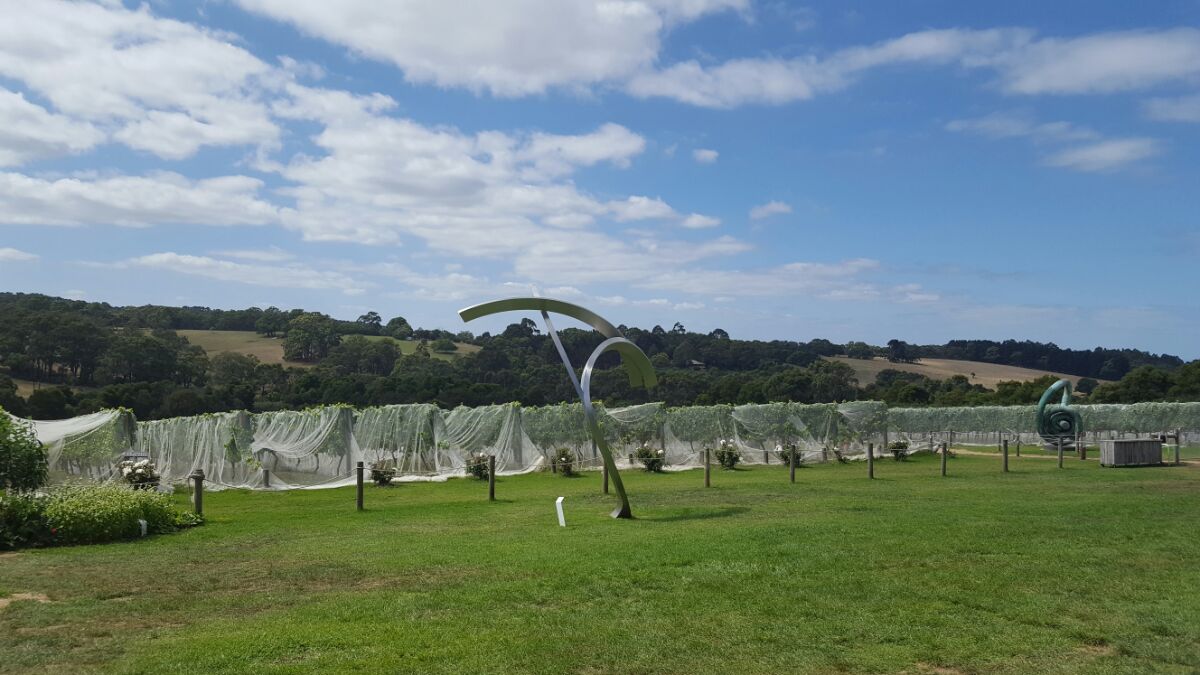 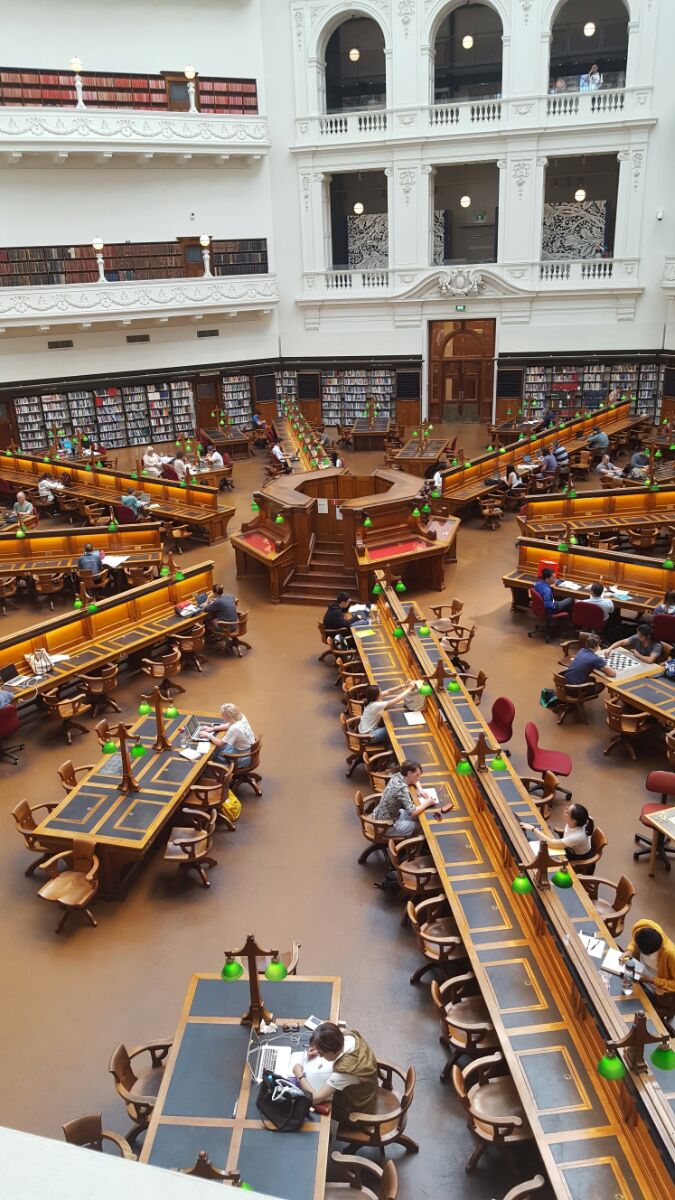 Forewarning… this post may be a bit bland. While I went to something new everyday, nothing really big or exciting occurred this week.

Oh wait…. I take that back. Barb arrived today!!!!!!!!! There goes my favorite child title.

On Monday, the family and I went to Mornington Peninsula which is full of wineries. It was just over an hour drive south of our suburb and absolutely beautiful. I’ve never been to Napa Valley before but I’m guessing it’s similar. Vineyard after vineyard, for as far as the eye can see. While I didn’t buy any bottles at the winery, I did pick up two bottles from the nearby liquor store upon our return. It cost me a whopping $9 AUD total for two bottles.

I can totally get used to this! I’ve now turned into one of those people who have a glass of wine… or two…. every night. Who am I?! Does this make me a wino?

On Tuesday, I took the kids to story time at St. Kilda Library. Hunter was enthralled with the puppets, but Chloe was more content to look at other books and asked me to read them to her.

But there’s a lady up there who is reading books aloud and who probably has much better character voices than I do!

Wednesday was spent exploring more of downtown Melbourne and some nearby hipster suburbs… after I rode public transportation in the wrong direction for half an hour…. twice. The first time happened on the train to what I thought was downtown Melbourne. I knew the stop I needed was called Southern Cross Railway Station and was going to be 12 stops later. I got on the train, cracked open my book, and briefly listened to the station/stop announcements.

I should have arrived by now. This is looking more like suburbs than downtown. There’s a lot less people on this train than what should be heading into downtown. I should have looked up the few stops prior to Southern Cross. 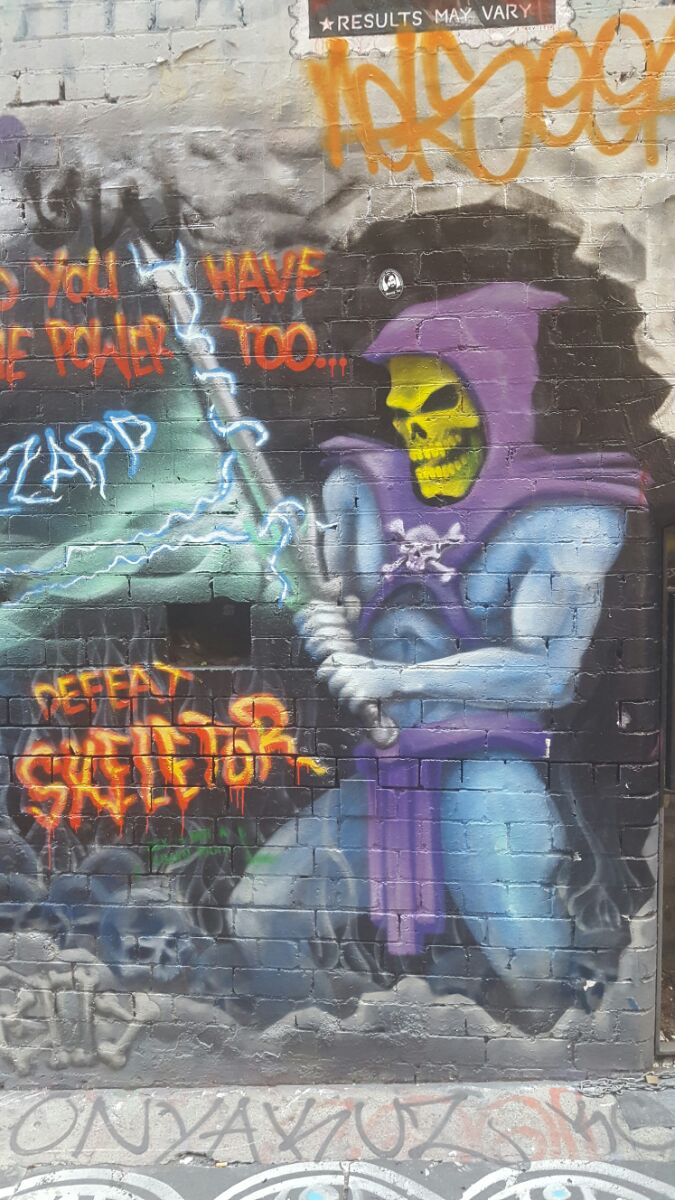 After pulling up Google Maps and realizing my mistake, I switched to the train going in the correct direction and made it to my destination. On the way back, I had to take a bus and transfer to a tram. The bus portion was successful; the tram portion was not. Again, I hopped on the tram and knew what station I needed to get off at and opened my book only to realize 30 minutes later I wasn’t going in the correct direction.

I’ll figure it out one of these days. I should really start to learn the main stations and suburbs here. That may help with this directional incompetence. 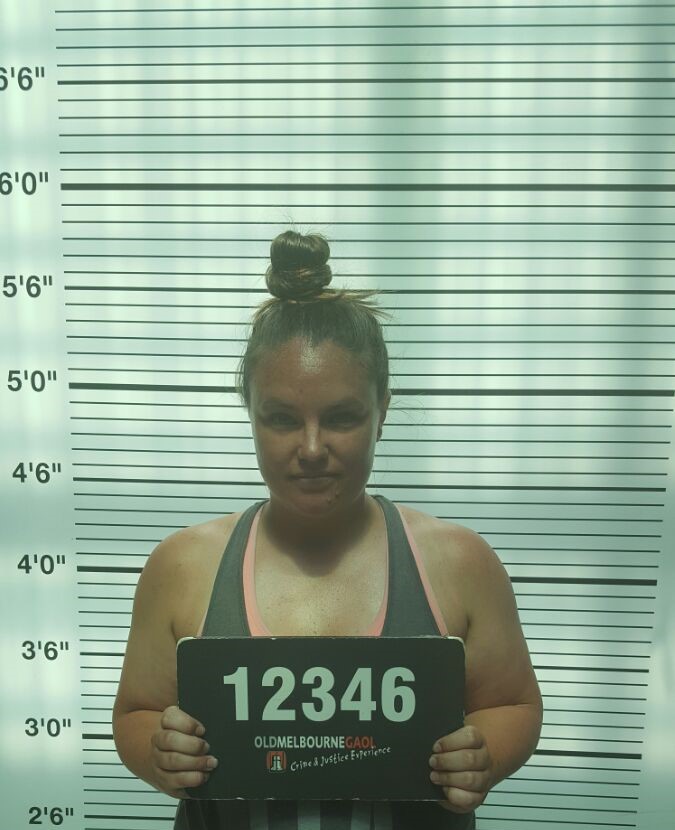 The highlight of Wednesday’s exploration was touring the Old Melbourne Gaol. This is where the most infamous Melbourne criminals were housed before their hangings. There is a bar in downtown Littleton called Ned Kelly’s that I enjoy going to.

Fun fact: Ned Kelly is the most well-known criminal in Melbourne!

And here I thought Ned Kelly was just a local dude who opened up his own bar.

Part of the experience was the ability to go through the process of getting arrested in the mid-1900’s.

So cool!! Hopefully I don’t get to experience the process of getting arrested in Melbourne in the year 2017.

Thursday and Saturday were spent taking the kids to two new parks. On Friday I took them to Sea Life Aquarium. That is one attraction that had really high reviews and surprisingly exceeded my high expectations. It was interactive and well-laid out. It consisted of four floors which a multitude of species. 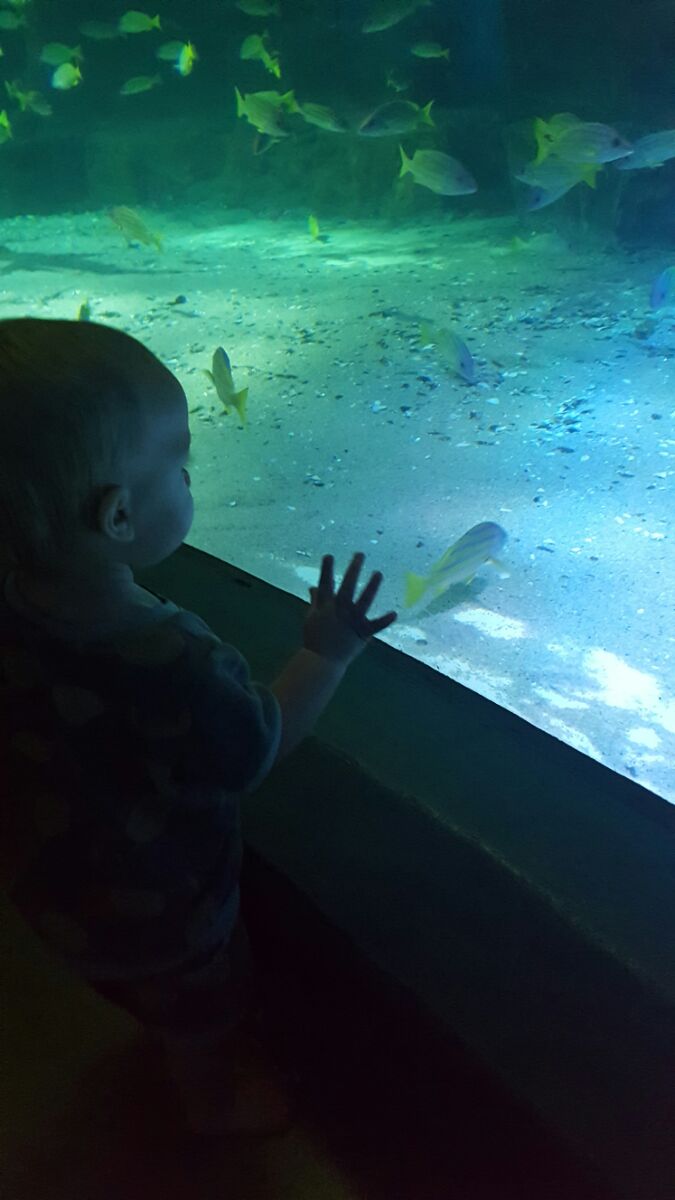 Barb arrived this morning!!!! She’ll be here for the next seven days as it’s her Spring Break. Safe to say she was pretty wigged out with the driving here. “Even the side of the road you drive on is backwards!”

Yes, that’s typically what happens when you switch the steering wheel side. 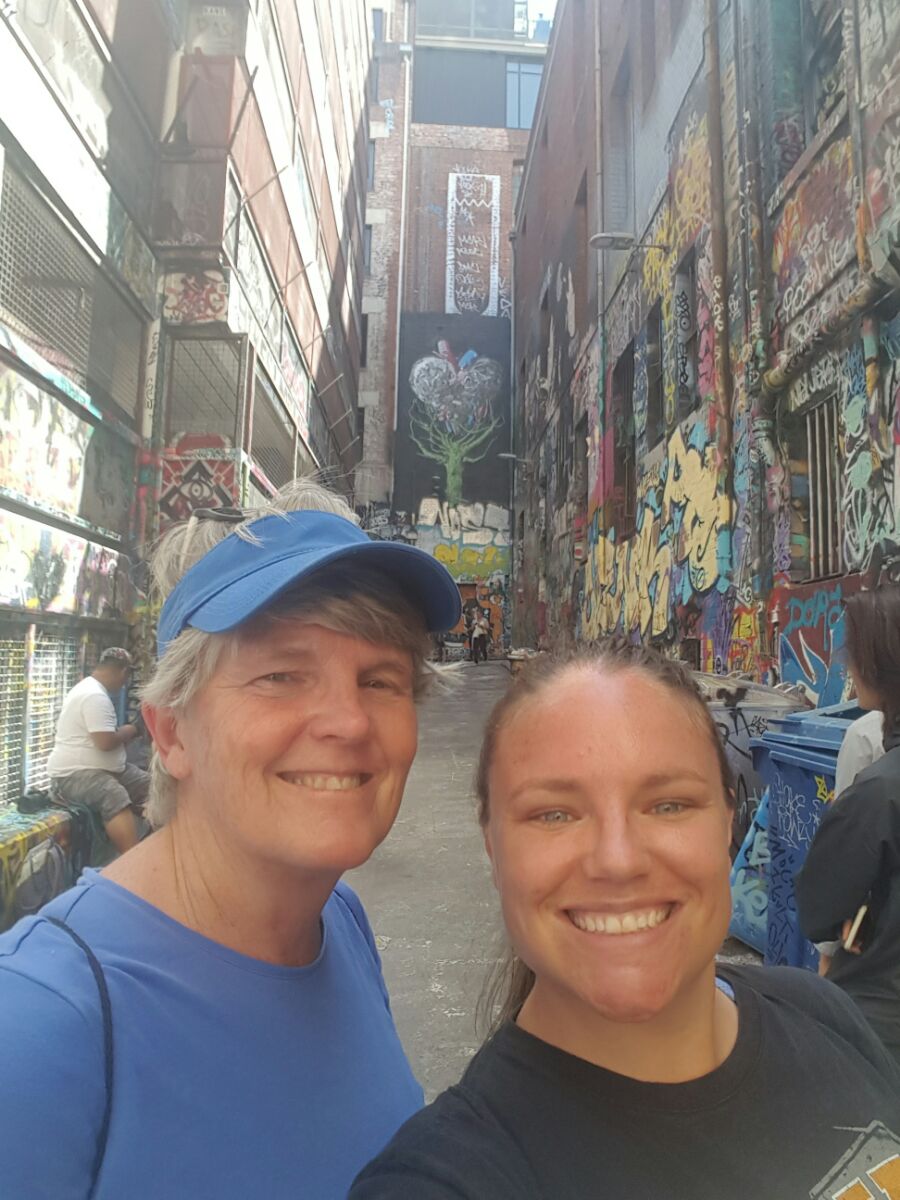 Today was spent showing her all of downtown and some hidden gems along the way. We visited the Instagramable Victoria State Library, amazing street art at Hosier Lane and Rutledge Lane, and had some drinks at Hofbrauhaus. I took her to the Old Melbourne Gaol to experience getting arrested.

Three hours later, while we’re sitting on a tram, she pipes up, “By the way, it’s pronounced jail. Old Melbourne jail.” These last few days, I’ve been pronouncing it how it looks… “gow-ul”. “Wait… what?!” “Well, I didn’t want to correct you because you were being my tour guide, but I thought you should know.”

And now seemed like the perfect time to tell me?! While we’re sitting here in silence…. three hours after I’ve rambled on about the gow-ul… After giggling like schoolgirls for the next ten minutes, we came to a consensus. Next time, she can spare my feelings and tell me immediately so I don’t sound like an idiot.