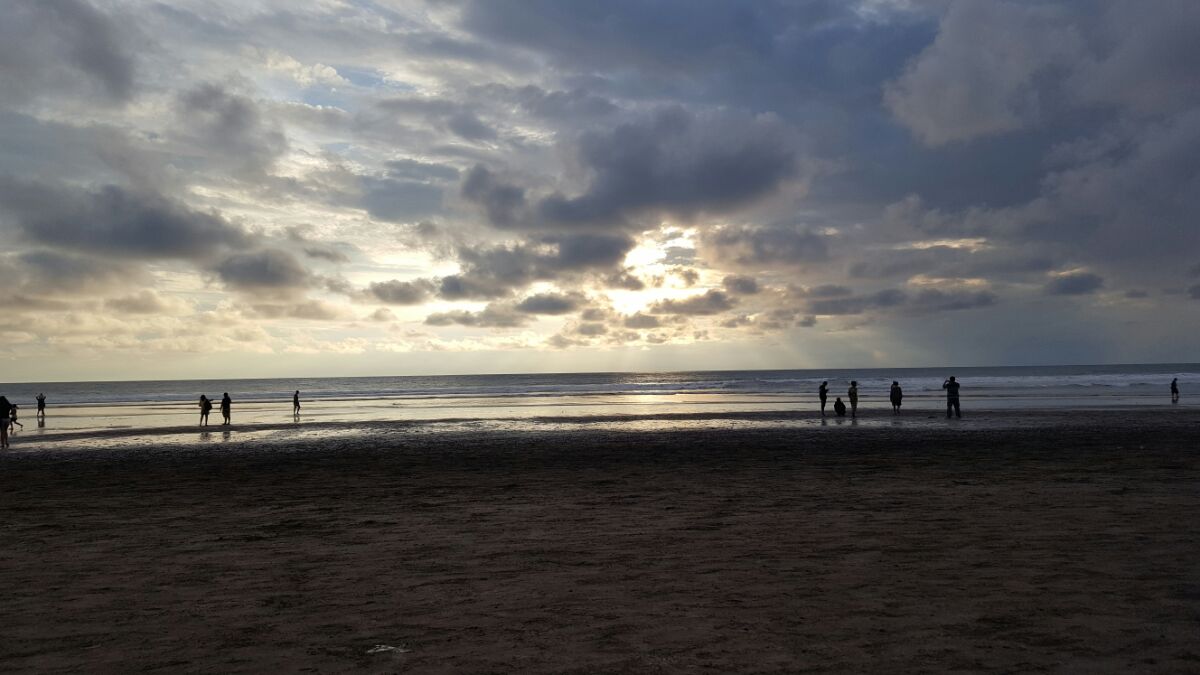 I felt my first earthquake today! At first, I thought someone fell downstairs. The boys must be messing around. Wait, now the whole house is shaking?! I hopped out of bed and ran downstairs to see if anybody else was home. I found Etha, the night and weekend nanny, with the kids.

“Did you feel that?! Was that an earthquake?!” “Yep! The trees were even shaking.”

According to Google, the earthquake happened on Bali (15km from where I’m staying) and had a 4.6 magnitude.

While we’re on the subject of natural disasters, I found out the area I hung around in last Sunday with the waterfalls had a landslide on Thursday that killed twelve people.

That’s a little too close for comfort. What’s the protocol for escaping a landslide?

I honestly don’t know how I would have reacted if that happened when I was there. 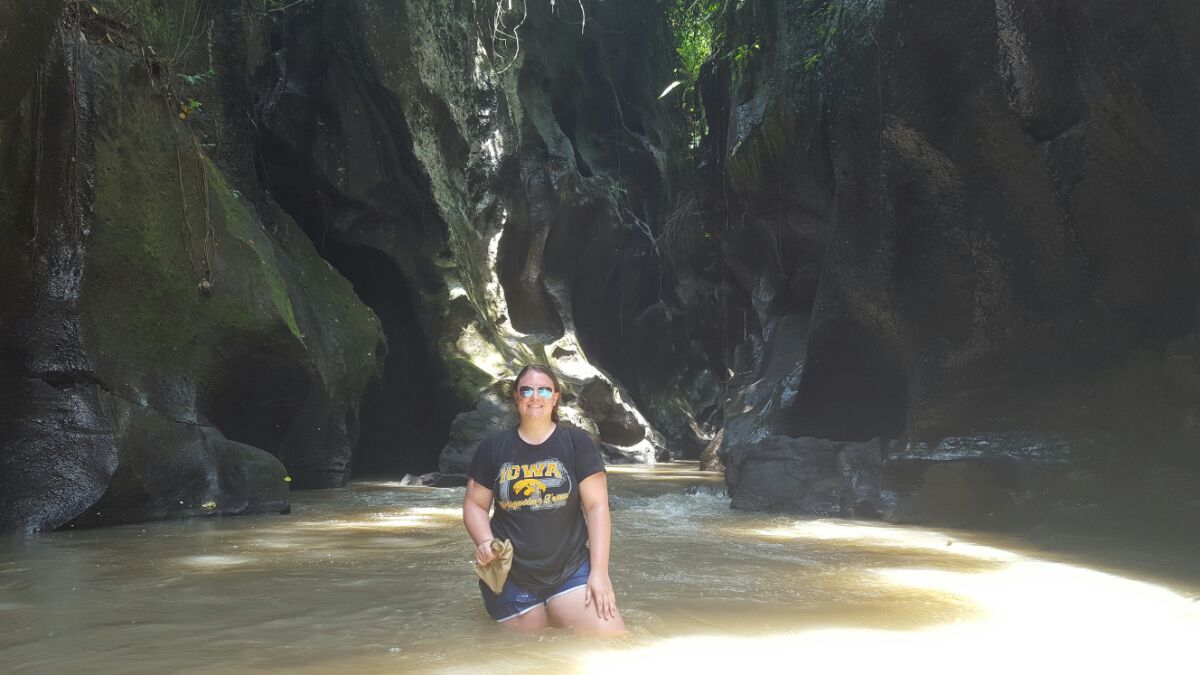 On Wednesday, I went to Beji Guwang Hidden Canyon. Upon arrival, I was informed I needed to use their local guide. I asked if I could just go by myself, more so because I didn’t want to pay for a guide. Mind you, the entry fee was all of $1.15. They said I had to because of how strong the current was. And wow, am I glad they forced me to have a guide!

We ended up scaling/rock climbing and walking up stream where the water went up to my chest, all while being barefoot in order to reach the three hidden canyons. I never would have made it on my own! I only fell once but ended with some pretty sweet battle wounds (dark purple bruise on my butt, scrapes on my legs, and torn up feet). 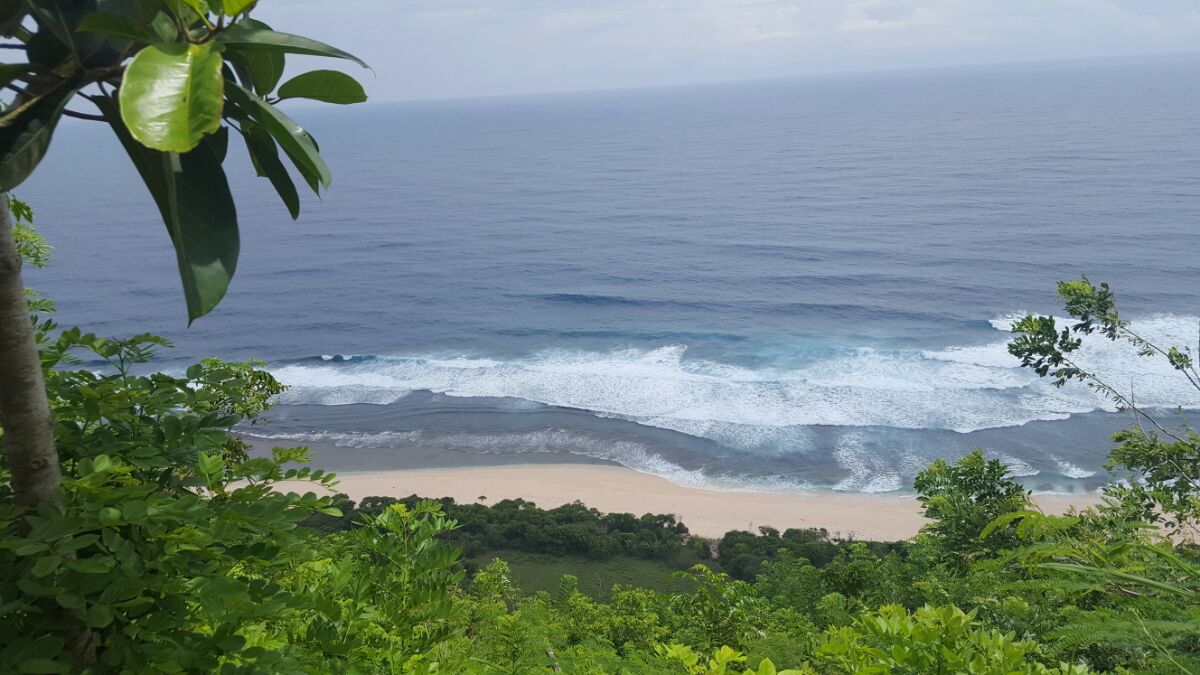 After Hidden Canyon, I drove an hour south to a secret beach called Nyang Nyang Beach. This place was recommended to me by a fellow traveler. I was super excited to spend my afternoon there as it was supposed to be one of the most beautiful beaches yet you would only see one or two other people there. The traveler did warn me I would have to first trek down through the jungle/forest but it would be 100% worth it. I made it all of 200 meters in the dense jungle/forest before my anxiety took over. 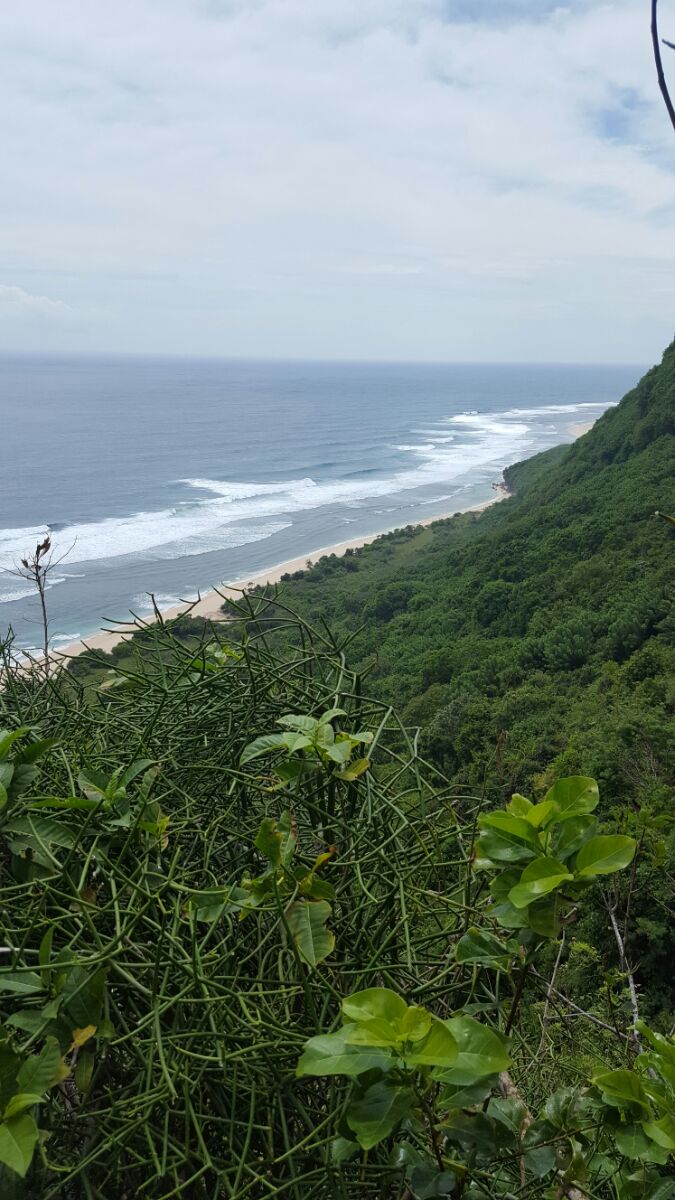 There’s not really any rocks that I can mark my path with. What if I can’t find my way and it gets dark? I definitely didn’t bring enough water bottles to last more than a night.

Screw it, this is too scary.

Fun fact: One of my biggest fears is getting lost in the woods and not being able to find help for an extended period of time. It’s a rather interesting fear because I’ve done numerous solo hikes through Colorado’s mountains.

After the failed attempt at NyangNyang Beach, I ended the day playing beach soccer at Kuta Beach with locals. This time, we played in ankle deep sand which was so hard to run in! It was pretty much impossible to dribble or use footwork so we mainly played in the air which was a fun alternative. 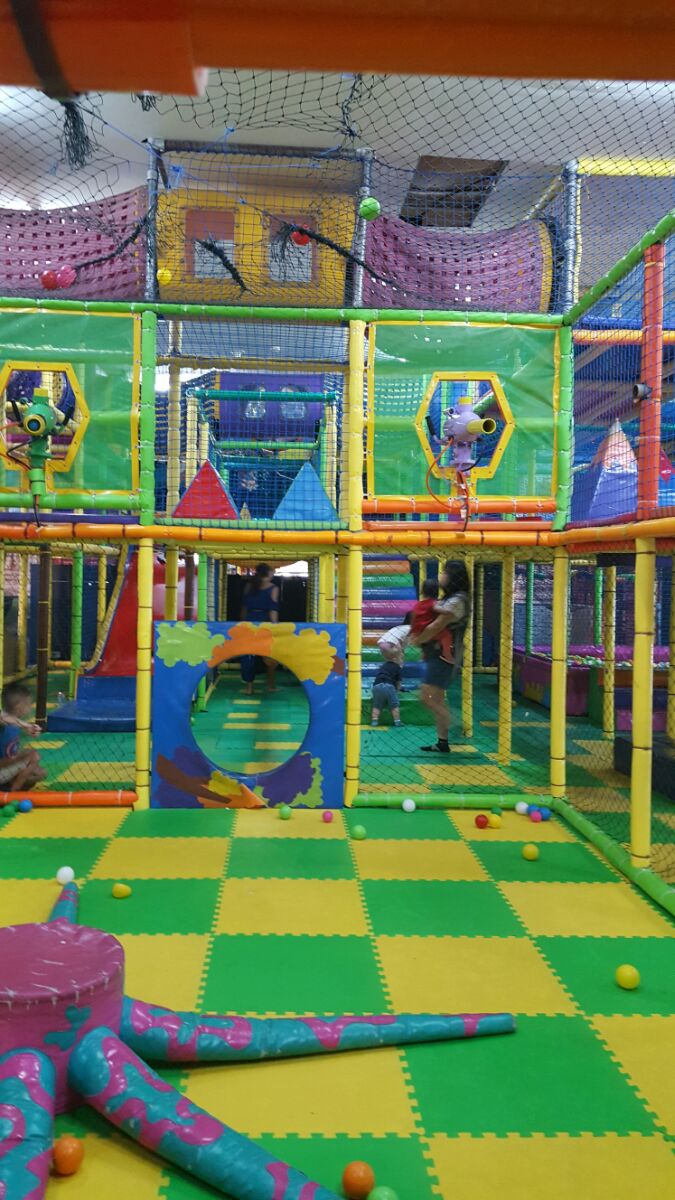 On Thursday, I took the kids to Petitenget Beach. I had gotten Hunter to stop eating grass in Chiang Mai so I was hopeful he wouldn’t try to eat sand. Unfortunately, I was wrong so I restricted him to sitting in the stroller while Chloe and I played.

On Saturday, I took the kids to Discovery Mall to check out their play area. It put Chiang Mai’s indoor playground to shame as it had three levels. Hunter had no hesitation when it came to climbing up the padded stairs, yet he still hasn’t figured out how to go down the stairs and is rather apprehensive about slides. It cost $3.46 USD for all three of us to go in and have unlimited play time. This play area is really the only kid-friendly thing here besides water parks which I feel will be too hard to do on my own as neither child can swim.

Saturday night I went to a hostel, Capsule Hotel Bali, just up the road from where I’m staying as I was hoping to meet people who I could go out with. Due to what locals have said and what I read about Bali, I don’t feel safe going out by myself. There are a lot of kidnappings and human trafficking that happens with solo female travelers. While I didn’t really care for any of the people I met, it was fun to explore the nightlife and get out of the house.

It became even more apparent how many drugs are here on the island. If you order a pizza with mushrooms on it, they will ask if you want the “special” mushrooms. During the day, I’ve been offered anything from OxyContin to Valium to Ecstasy outside of our neighboring Mini Mart. Last night, the bartenders were offering yellow powder to mix into your shot which then caused it to bubble over. I asked them what it was and they responded, “When you mix this into a shot, it’s the equivalent of taking speed”.

You mean meth?! And you just openly offer this to your customers?

I’m curious if drugs are more prevalent in the touristy beach areas as this is a big vacation destination or if there are just as many locals who indulge themselves.

This afternoon, I took my first surf lesson and stood up on my second try! I will say it helped knowing how to snowboard as the stance and turning are similar. It was so much fun that I’ve already booked two more lessons.