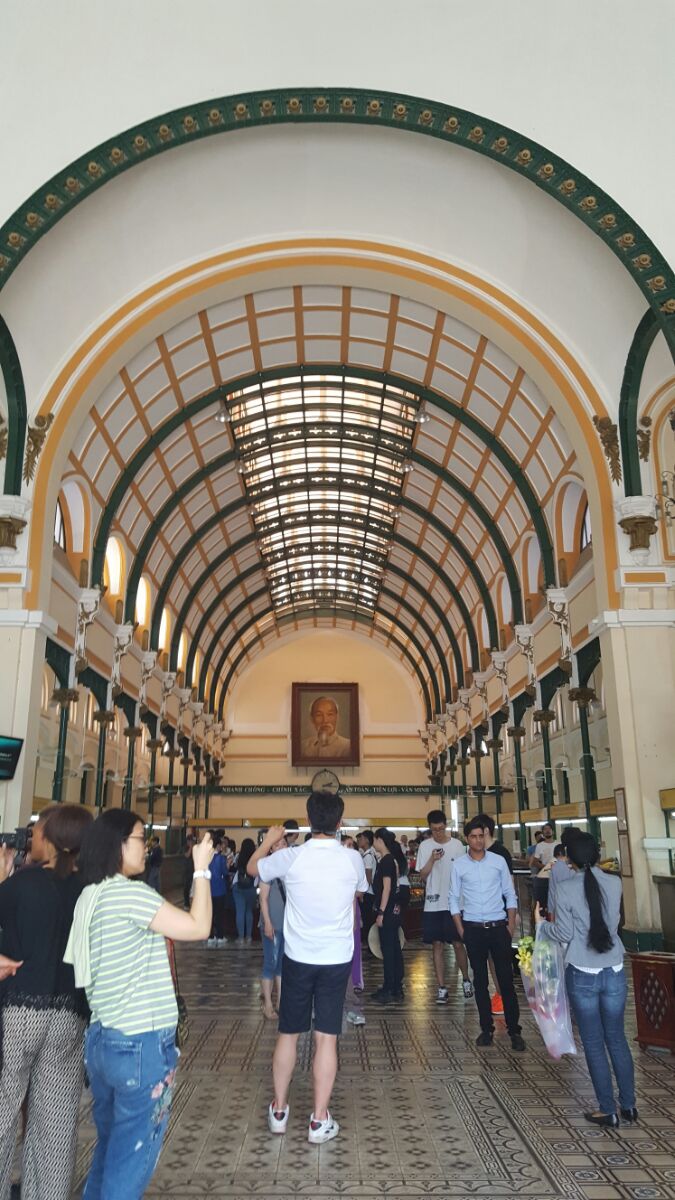 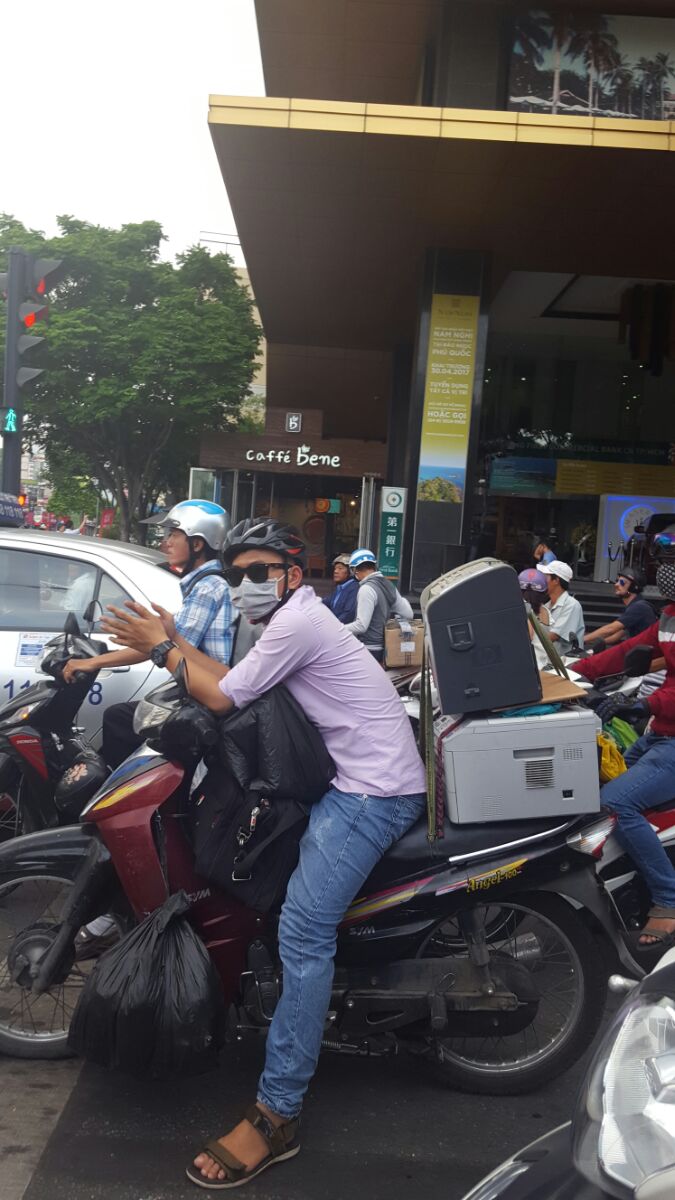 We landed in Vietnam around 3:30pm, but we didn’t leave the airport until over 4 hours later…. First, we had to sit on the plane for over an hour as they couldn’t open the doors because it was raining too hard.

We’re back in Asia…  I thought they didn’t care about safety here.

Then we had to pay for our visas but they didn’t take credit cards and yet their ATM machines were located outside of the immigration area. An immigration officer had to escort Brittany to the ATM, but he wouldn’t just take the cash from her after she withdrew it. Instead, after she got back, we had to wait for the cashier to call our names, after 40 other people who were also in the same boat. After that fiasco, came the immigration line. While they had 10-15 lines open, each line still had 10+ people waiting.

Woah, this is weird. They’re driving on the wrong side of the road! Wait… no… this is normal! Oh, I’m so screwed when I get back to the US.

Speaking of which, our epic journey will officially be coming to an end mid-May. We will spend 4 weeks in Ho Chi Minh City, two and a half weeks in Tokyo, and then return to home soil.  My brain has been going a thousand miles an hour on what to do next since finding out on Friday.

Back to reality…. maybe… Stay tuned for my next life chapter upon my return. 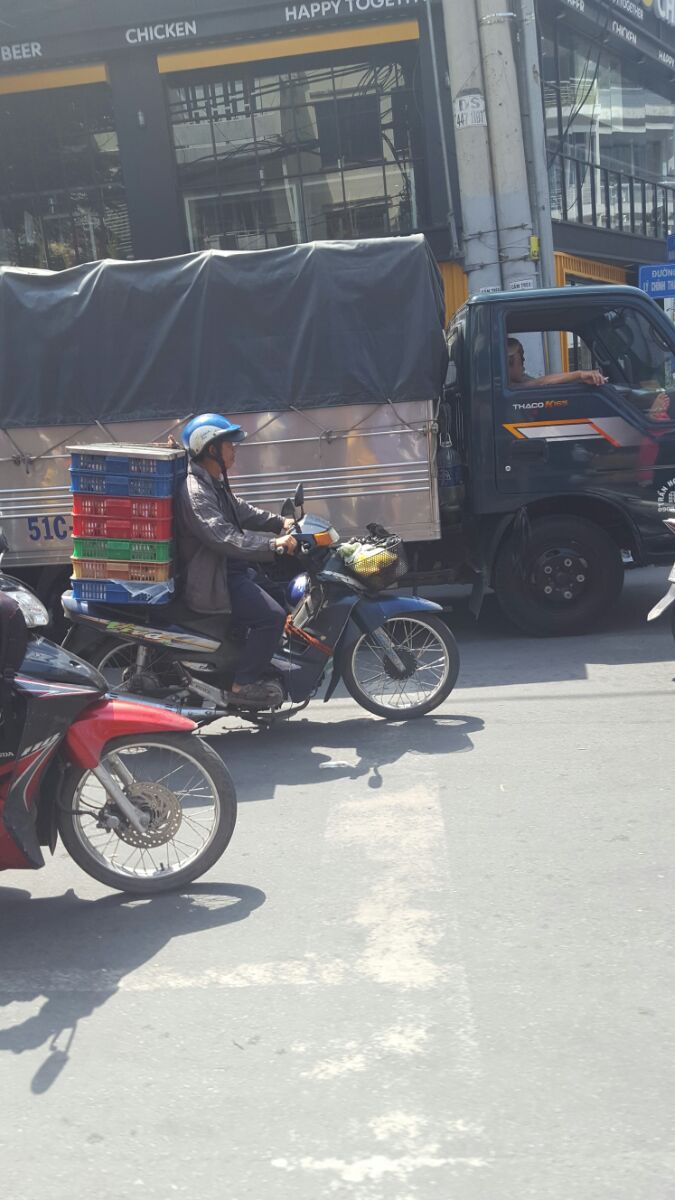 Today was spent getting to know District 1, the area we’re staying in, and laying in bed. After the LONG day yesterday, I felt I needed one day to really do absolutely nothing. And let me tell you, it was glorious!

It is HOT and HUMID here! I feel like I’m back in an Iowan summer except with about 8.4 million more people crammed into the area. I’m not entirely sure how the locals can stand to wear pants and long sleeves. It took me all of two days of bringing the kids to outdoor parks to realize the heat absolutely zaps them. Chloe gets borderline lethargic and Hunter’s skin turns red.

Back to the research board for alternative kid-friendly activities. 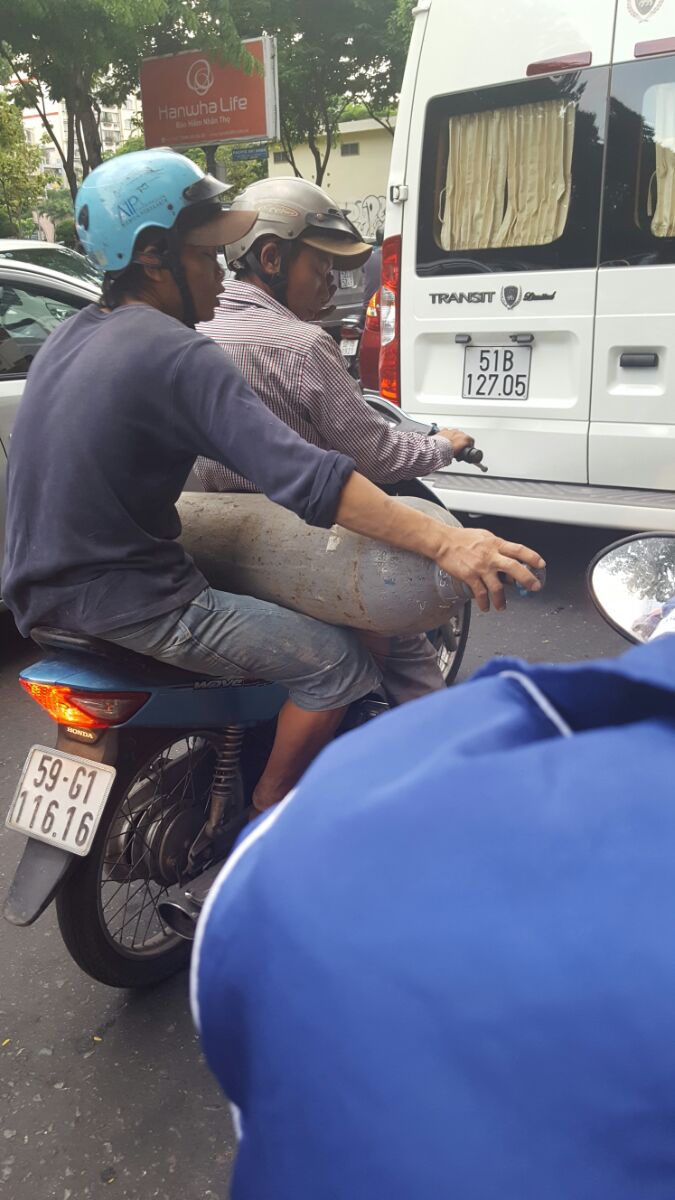 On Monday, I took the kids to the nearby park. I’m honestly not sure what it’s called because it’s not even listed as green space on Google Maps, yet it takes up about 5 city blocks long and one city block wide. Maybe it’s a new addition? It’s a decent sized playground with a lot of different equipment.

Chloe was attempting the 5 foot high rock wall while I was pushing Hunter on a ground level swinging cart. I saw Chloe get stuck near the top and start to get agitated.

I’m curious to see how she’ll figure her way out of this. She could easily reverse her route. Just look down at the hand holds. Maybe she’ll just jump off? Or she could “TWEET!!!!”

My thoughts were interrupted by a uniform-clad dude angrily pointing at Chloe, glaring at me, and blowing his whistle. Oh! Maybe it’s a playground monitor? I guess it doesn’t hurt to have an extra sets of eyes. I  left Hunter to play on his own, walked over to Chloe, and talked/pointed her through how to get back down. When Chloe was about halfway down the wall, I heard “TWEEET!!” again. I turned around and the same guy was now angrily pointing at Hunter.

Now what did I do wrong? The cart is on the ground which Hunter can easily climb in and out of. We are the ONLY people at the park. Maybe I’m supposed to keep both kids with me at all times? That’s impossible.

I wasn’t entirely sure what to do after that so I packed the kids up and walked back home. 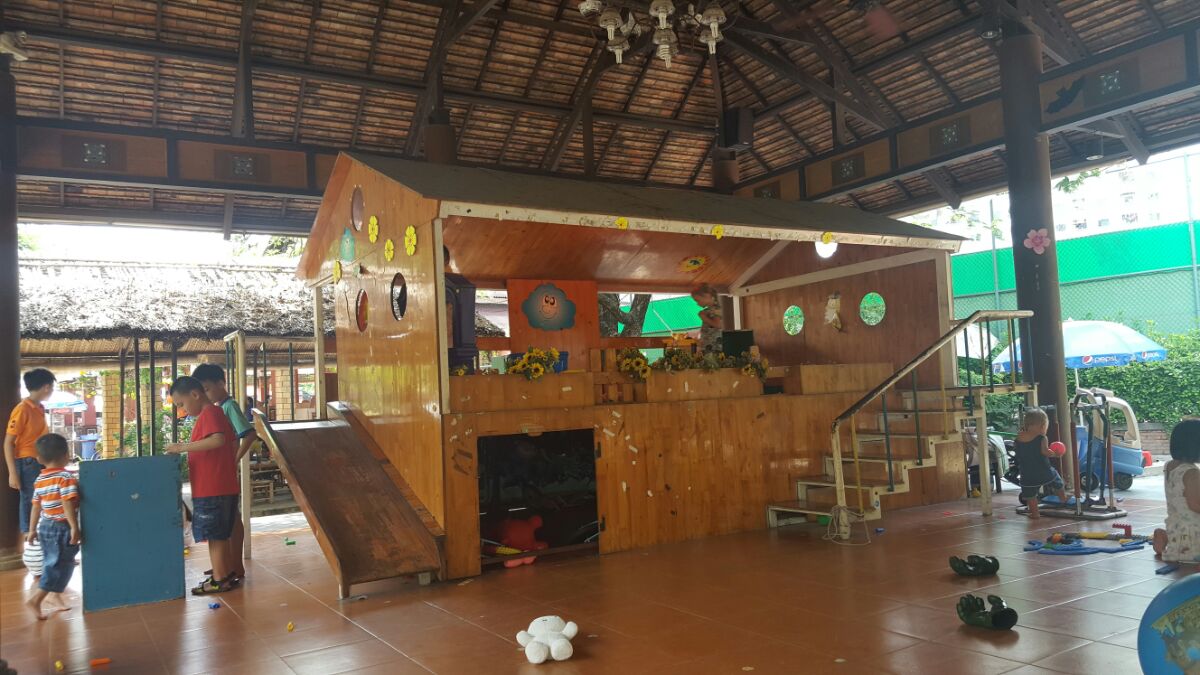 On Tuesday, I took the kids to Van Thanh Park located in District 2. Ah yes, the neighborhoods are labeled in districts. We live in District 1 and I’ve seen the districts go as high as 10 so far.

It’s like the Hunger Games! Although without the whole tributes killing each other part. 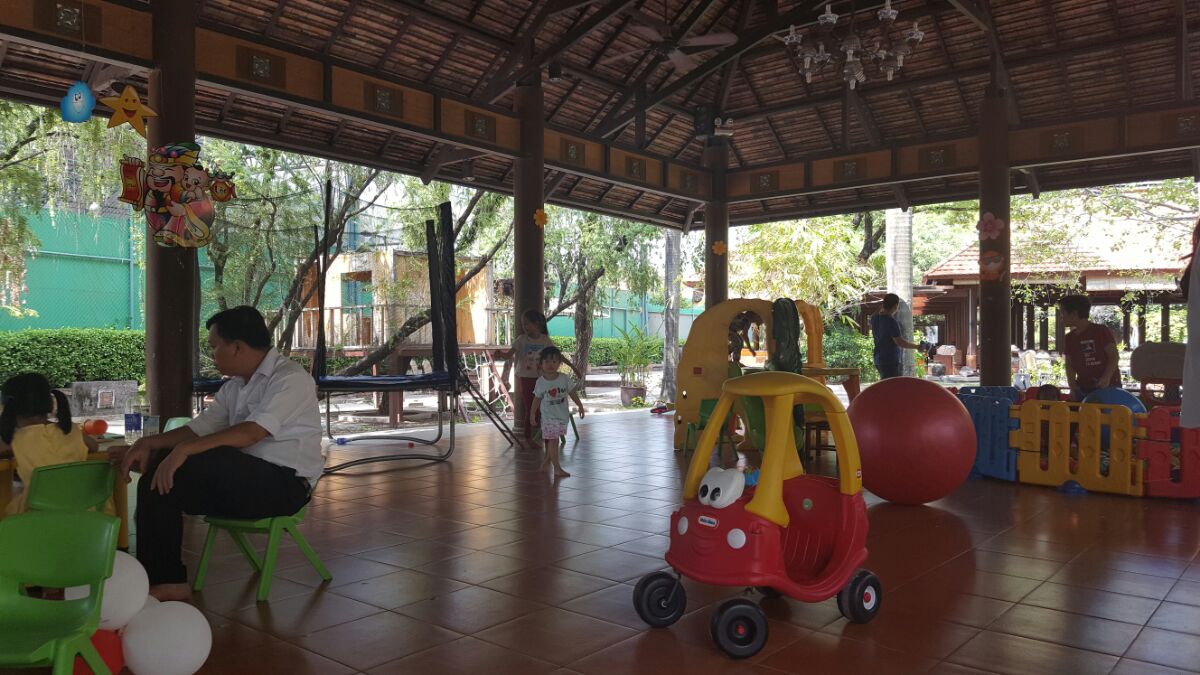 The play area was unique as it was situated under a shelter and had fans on the ceiling to help keep it somewhat cooler. There were about 25 kids roaming about this area so Chloe loved getting to interact with other children. They had everything from a trampoline to a toddler ball pit to a mini tree house and sand pit. The drawback to this place was it cost 50,000 VND per child (equivalent to a whopping $2) and is only open on weekends and holidays (it was Hung Kings’ Festival holiday that day). 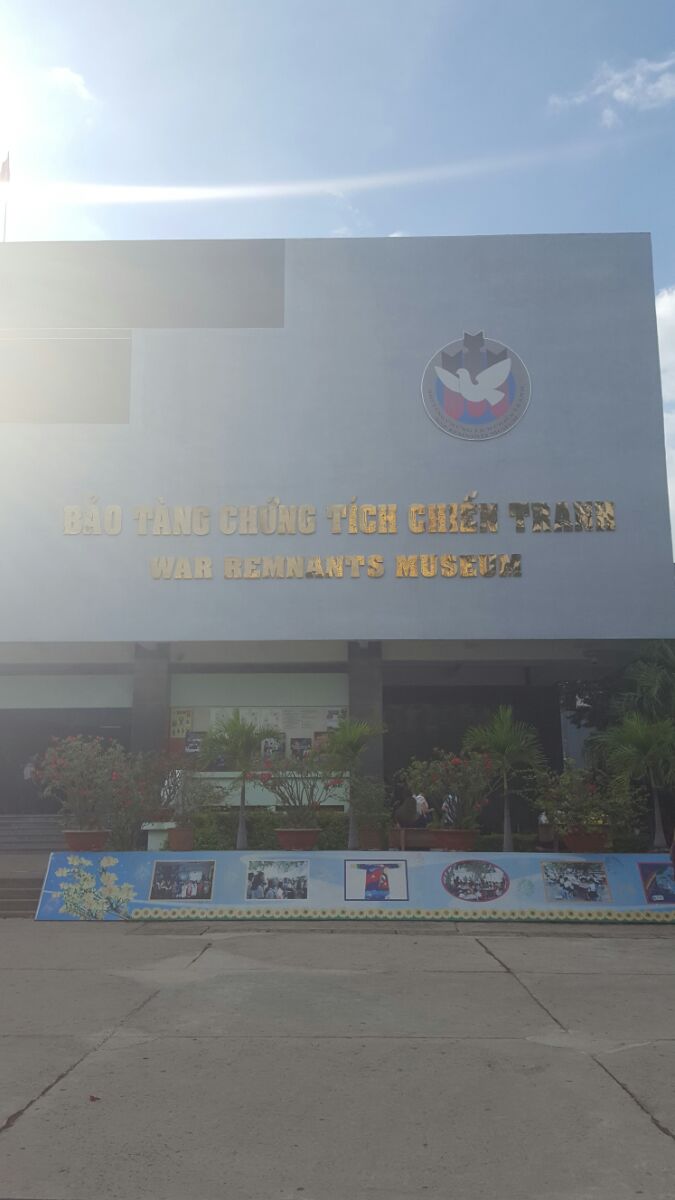 I went to the War Remnants Museum on Wednesday. And wow, that was eye-opening! I should preface this by saying either we didn’t learn about the Vietnam War in high school history or I wasn’t paying attention.

The latter option is probably correct as history was my least favorite subject.

Either way, this museum was my first exposure to the Vietnam War and they did not hold back on their thoughts/feelings towards Americans nor the gruesome pictures they shared. 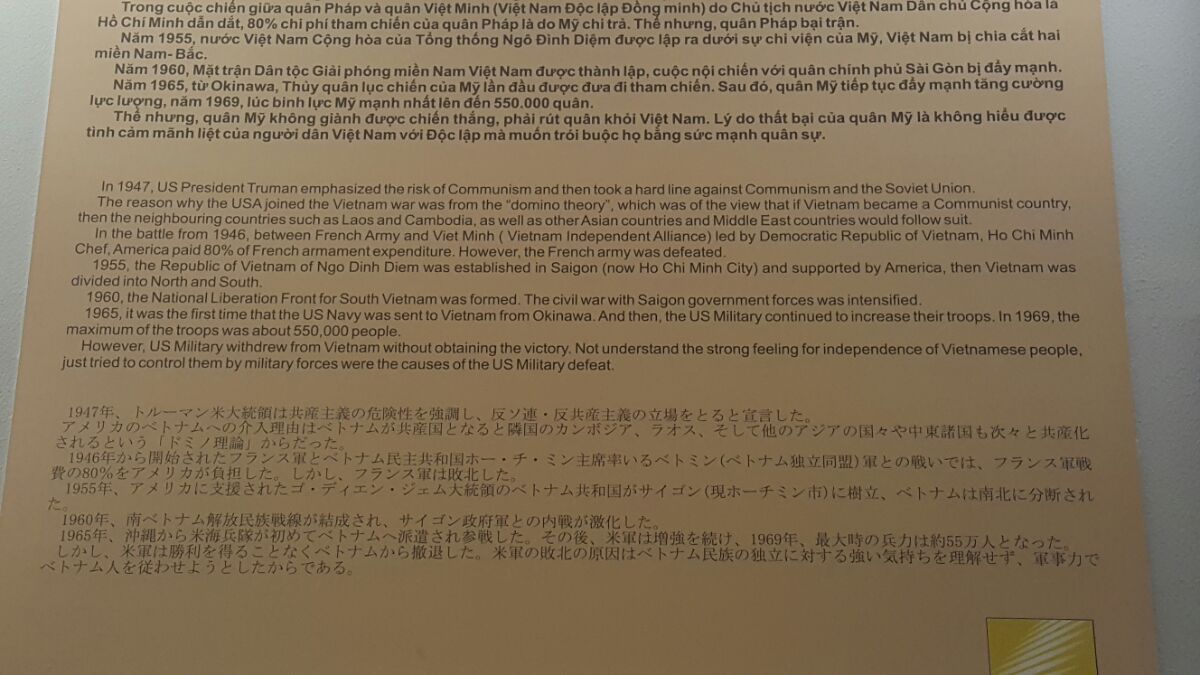 We were labeled murderers and they were quick to point out how much money, equipment, troops, etc. we sent to the Vietnam War compared to how much we sent to WW2 and the Korean War. They said we fabricated the Gulf of Tonkin incident which I later learned was the final straw that motivated us to send American troops over. Anytime it talked about the Saigon government/troops, the museum referred to them as the ‘Puppet Troops’… as in the South was only operating because of American influence. I’m pretty sure they had brains of their own. 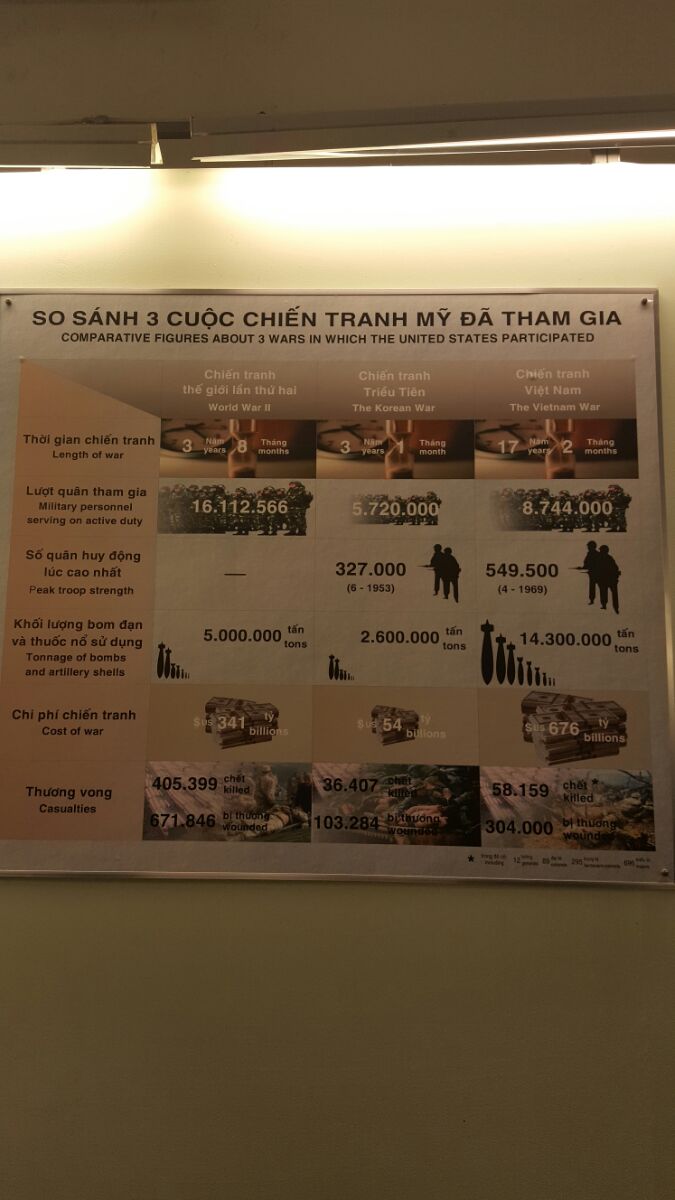 The South had a prison where they tortured inmates (captured Northern supporters). They showed pictures of nails beaten into inmates’ heads, ripped out finger/toe nails, etc. Probably the most disturbing picture I saw in the whole museum was a solider carrying half a corpse after a bombing.

They really aren’t holding anything back here! 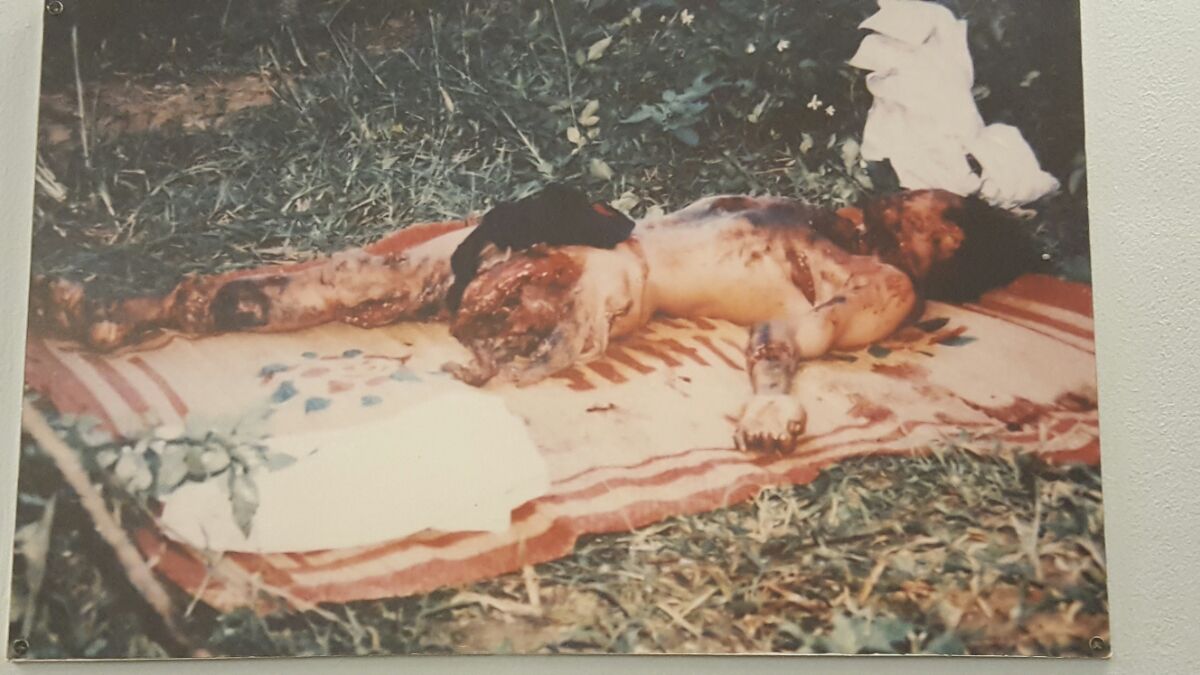 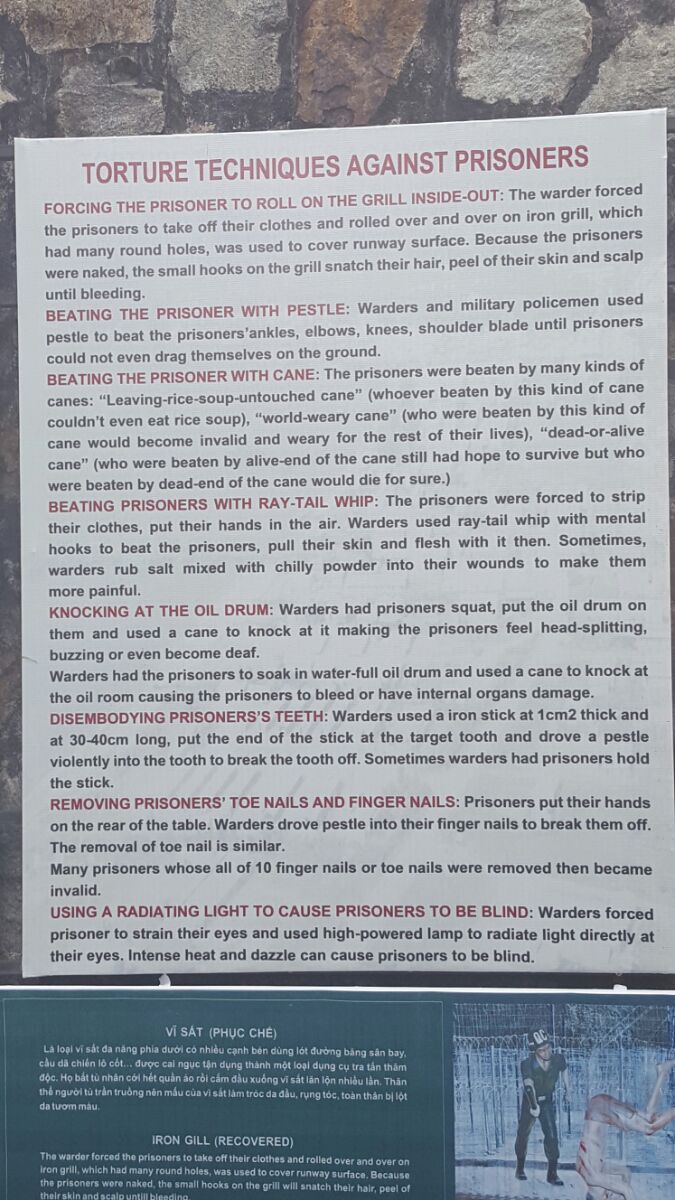 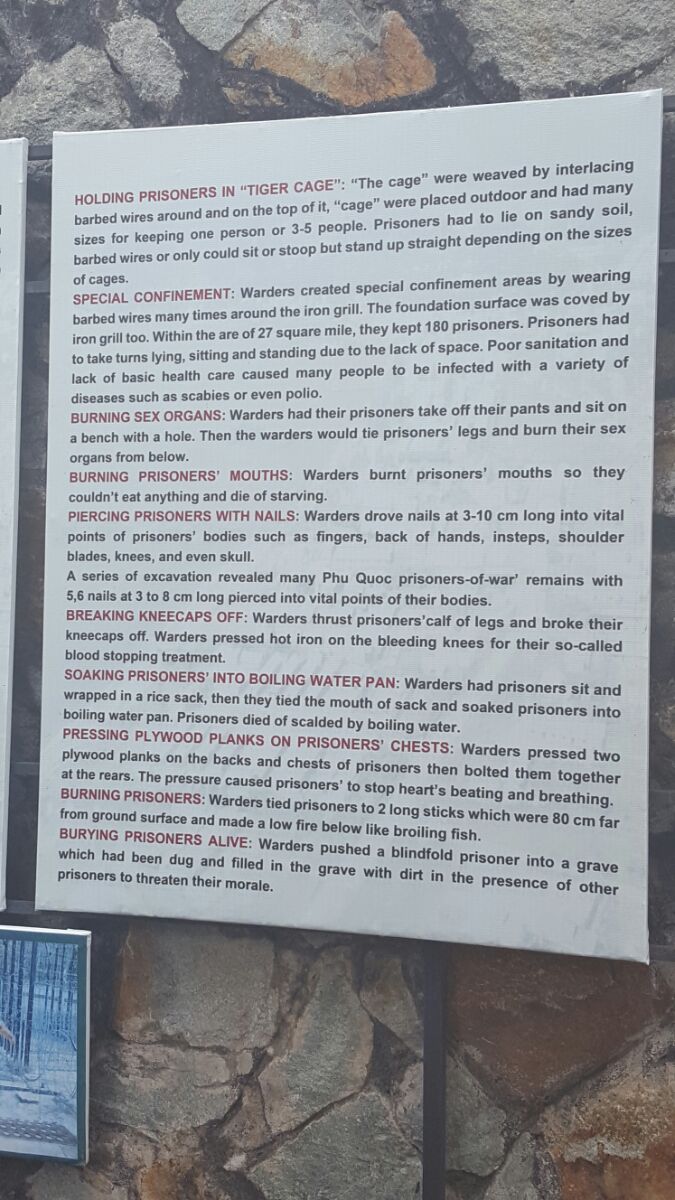 Floor 2 was entirely dedicated to information on Agent Orange which I learned is a chemical that was sprayed over densely populated forests during the war. Further research showed that it caused birth defects and is still causing them 3 generations later. And yes, they showed pictures of stillborn babies effected by Agent Orange, preserved in jars as proof. I spent three and a half hours here as there was so much information to process.

Afterwards, I went home and did my own research on the war. There are definitely two sides to every story. What stuck out the most to me is the information on the use of Agent Orange is pretty skimmed over by American websites and not really given a second thought while Vietnamese websites (and the museum) see it as a major repercussion and lasting effect of the war.

This whole History subject isn’t too shabby! What a way to learn about the Vietnam War!

Anyways, on to Friday… I took the kids to TiniWorld which is this amazing indoor play center inside Saigon Center Mall. While it cost 150,000 VND ($6.60) for the three of us which is expensive by Vietnamese standards, it was worth every bit. 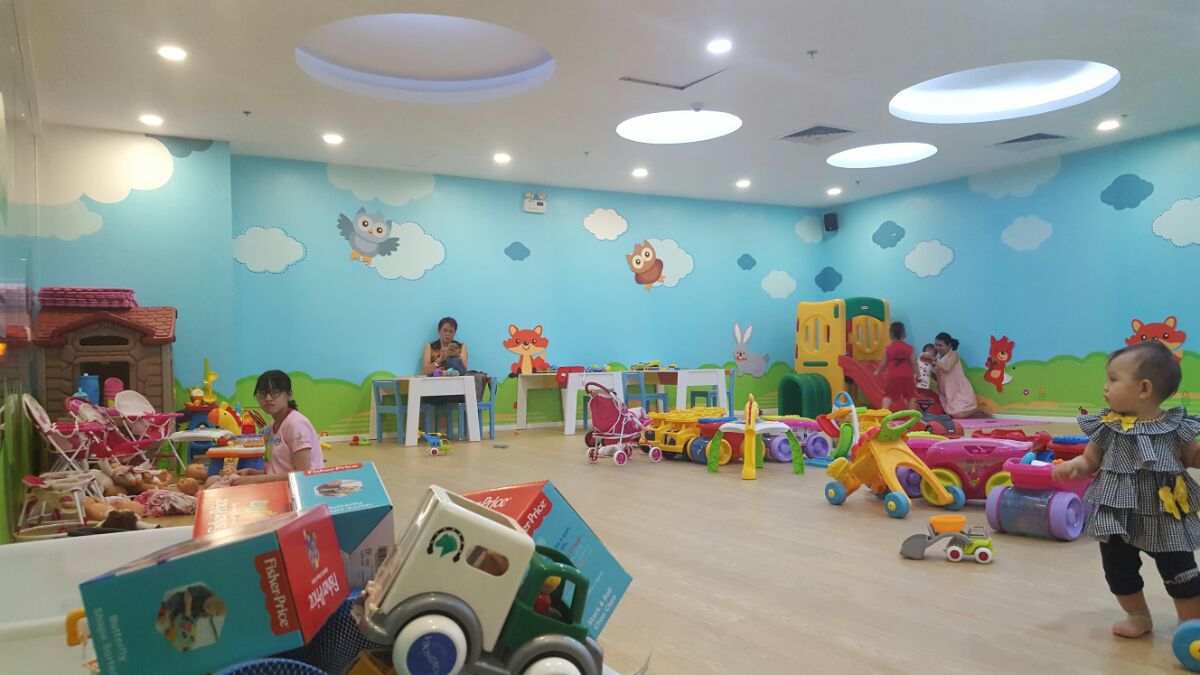 This place was massive. It had a special room for three and unders, snack bar, toddler-only ball pit, Wii, Xbox, big block area, board games, books, Lego room, princess/dress up area, train area, sandpit, ball pit and tunnels area for the 4 and overs, Hot Wheels with tracks, arcade area, restrooms, and for an additional amount, a craft area. 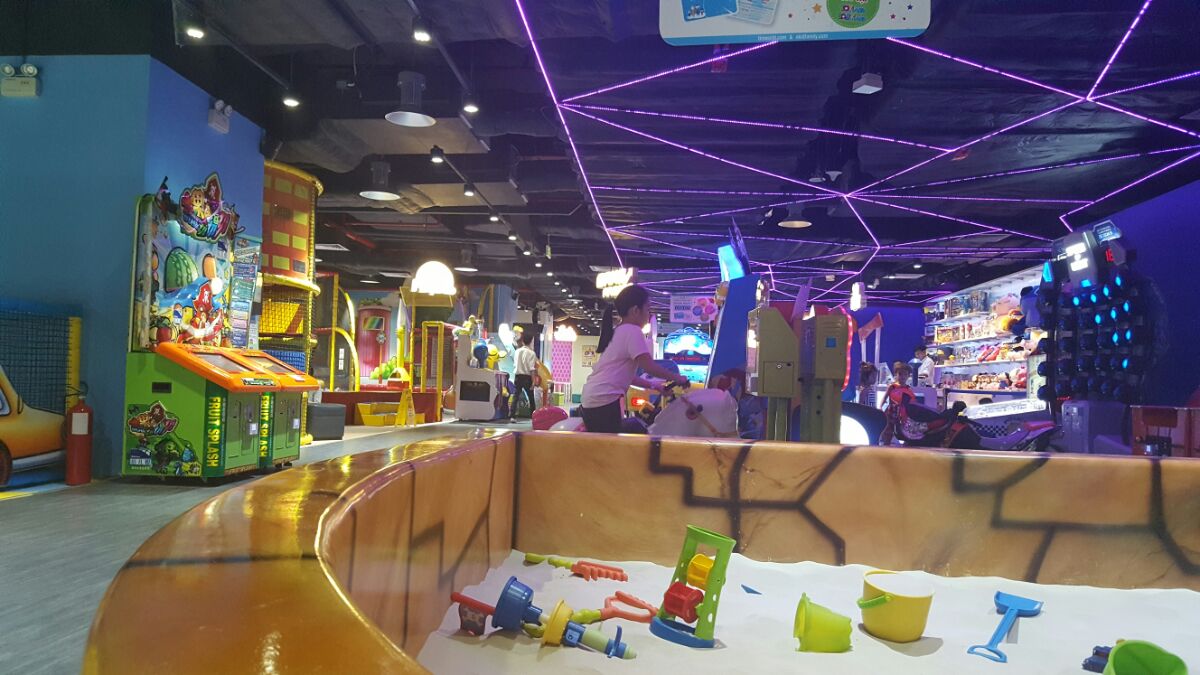 The place was filled with English speaking kids which again, Chloe loved. You could easily spend a whole day here, but we went home after two hours so Hunter could take his nap. This was easily the best indoor play area we’ve been to during this adventure.

Saturday was spent taking the kids to SkyPark which is located on the roof of SC VivoCity Mall in District 7. I didn’t have high hopes for this place as it took me until page 3 of my Google Search to come across it and the article was written back in 2013. Chloe asked where we were going and all I could say was, “We’re going to check out a new place, but I honestly don’t know what all they have to offer for kids.” What a relief it was to get to the roof and find this place still existed and was AWESOME! 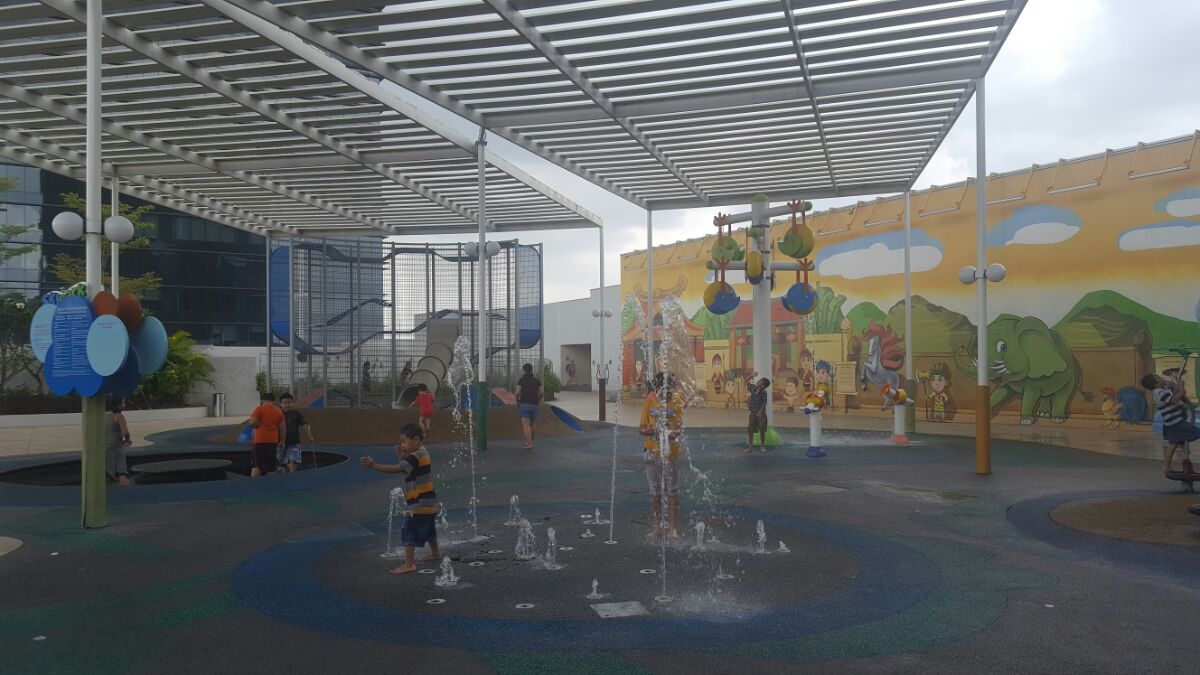 It was a rooftop splash park complete with bucket dumps, sprayers, an in-ground trampoline, two climbing structures, and fountains!!!! I hadn’t had any luck in finding splash parks in the other Asian countries we had been in so I just assumed they hadn’t been infiltrated to Asian lifestyle yet. Chloe had a blast running around with other kids and Hunter loved the fountains. 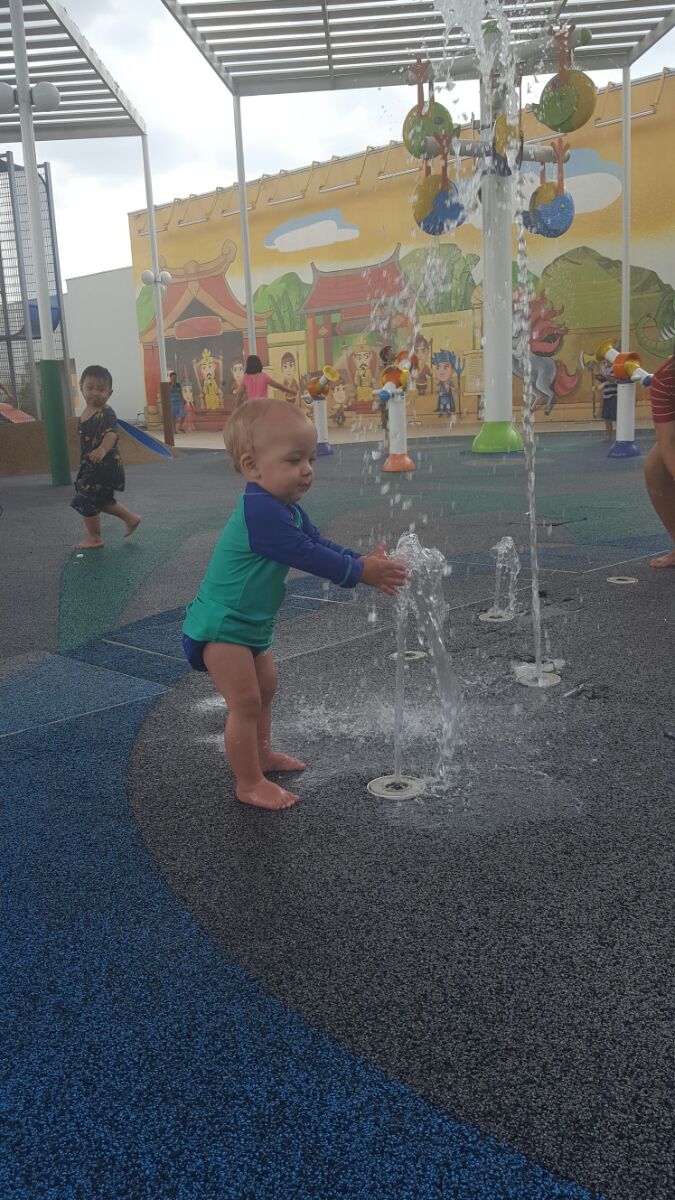 He walked through them over and over again for an hour and a half straight. It was free, had showers and restrooms nearby, and was shaded. I felt like I stumbled upon a hidden gem with the lack of information on this place and I’m really surprised there aren’t more articles written or recommendations about SkyPark.

Today was spent checking things off my to do/see list all around Ho Chi Minh City/Saigon. I started out at Reunification Palace which housed the President of South Vietnam during the war. Think of it as our Confederate White House. The greater significance behind this building is it marked the end of the war when a North Vietnamese tank crashed through its gates. 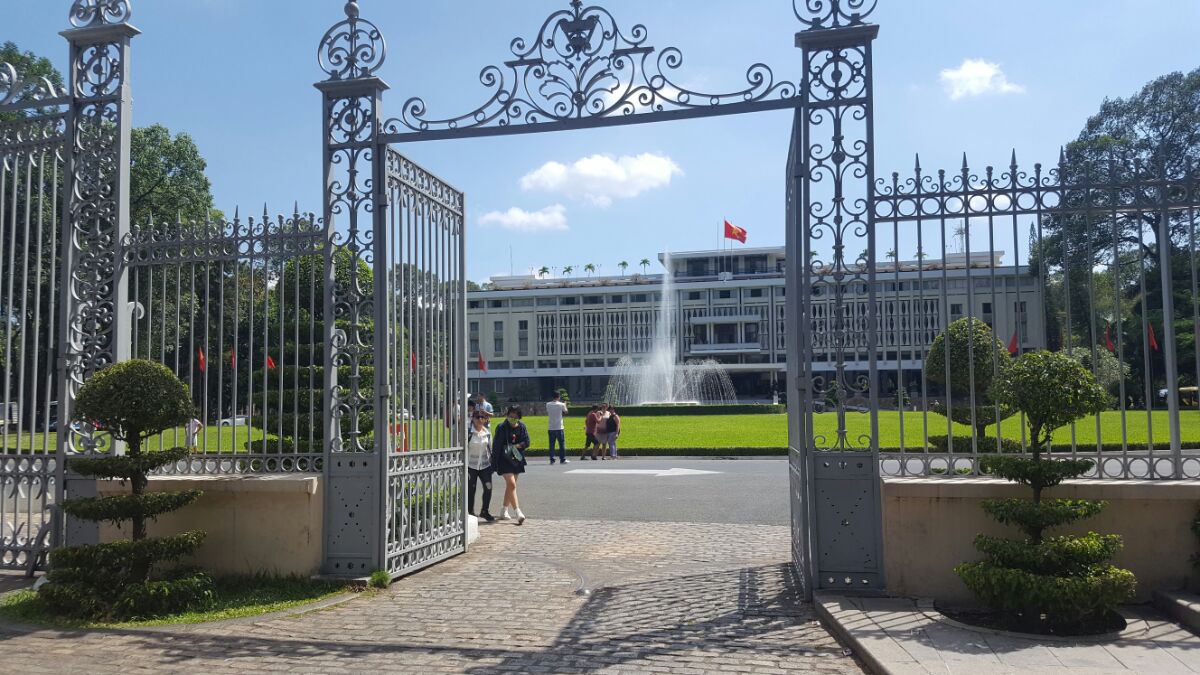 I was able to see the Communications Room where South Vietnam kept in contact with Washington via radios. 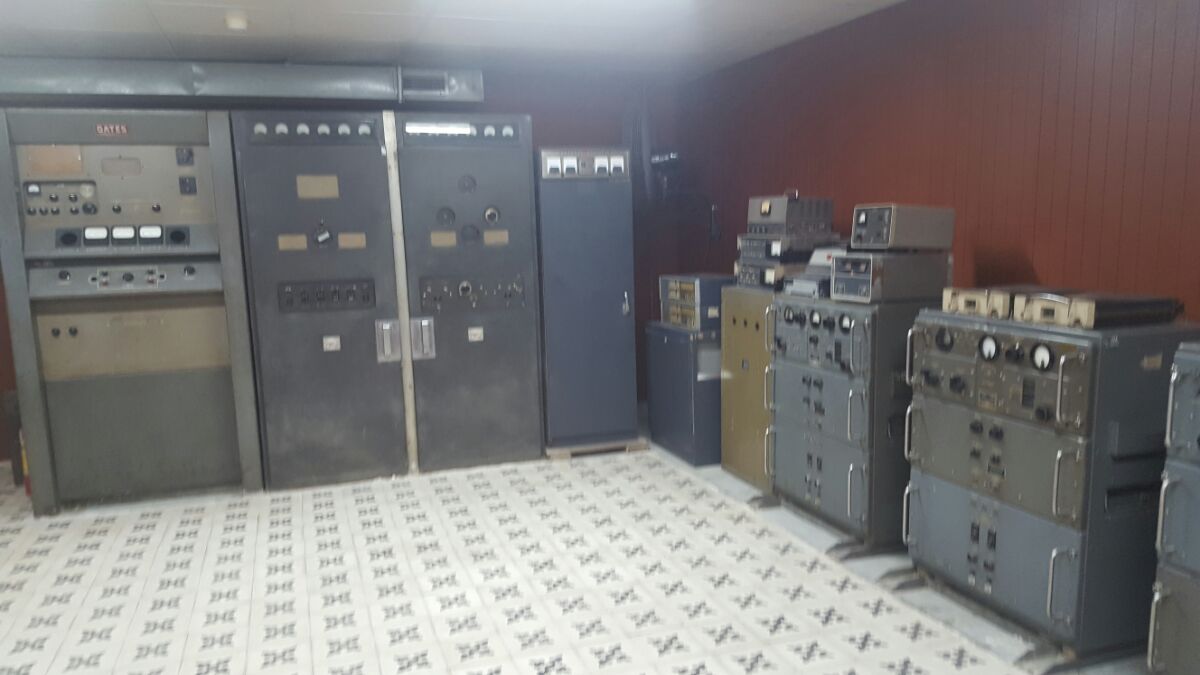 Inside the President’s War Room, the maps showed the positions of both the Revolutionary and American troops. 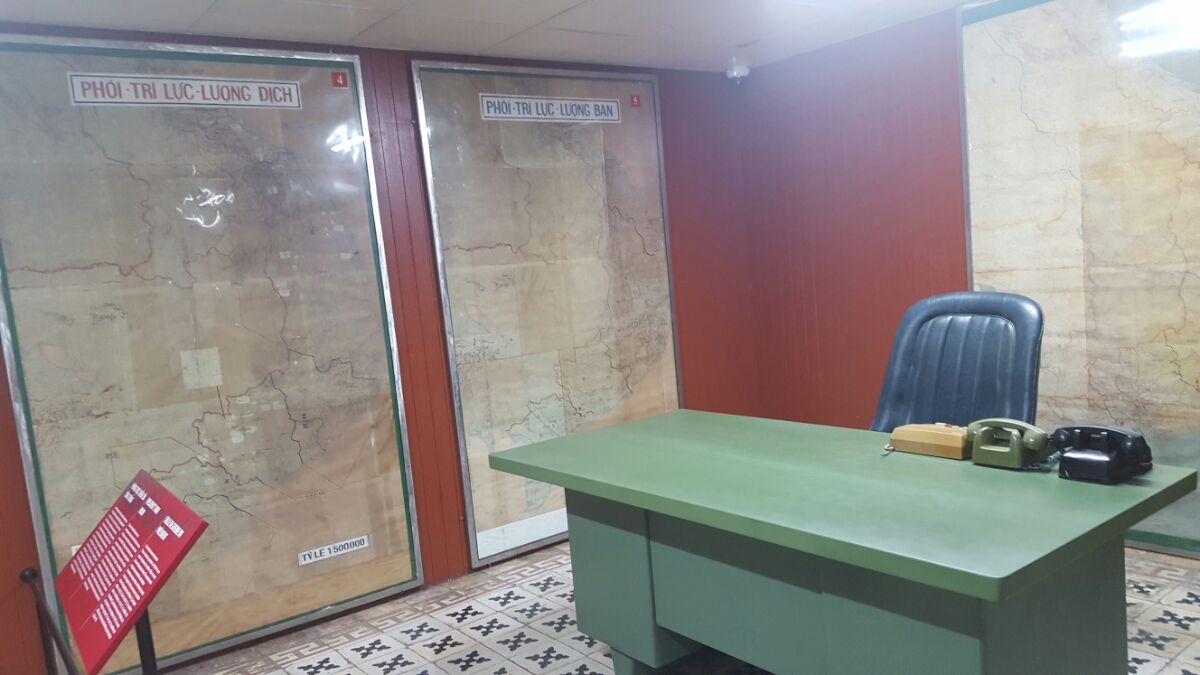 I then went to Saigon Central Post Office which had some beautiful architecture inside.

I finished the day with Tao Dinh, a pink Catholic Church, and scouted out some local swimming pools to take the kids to next week. 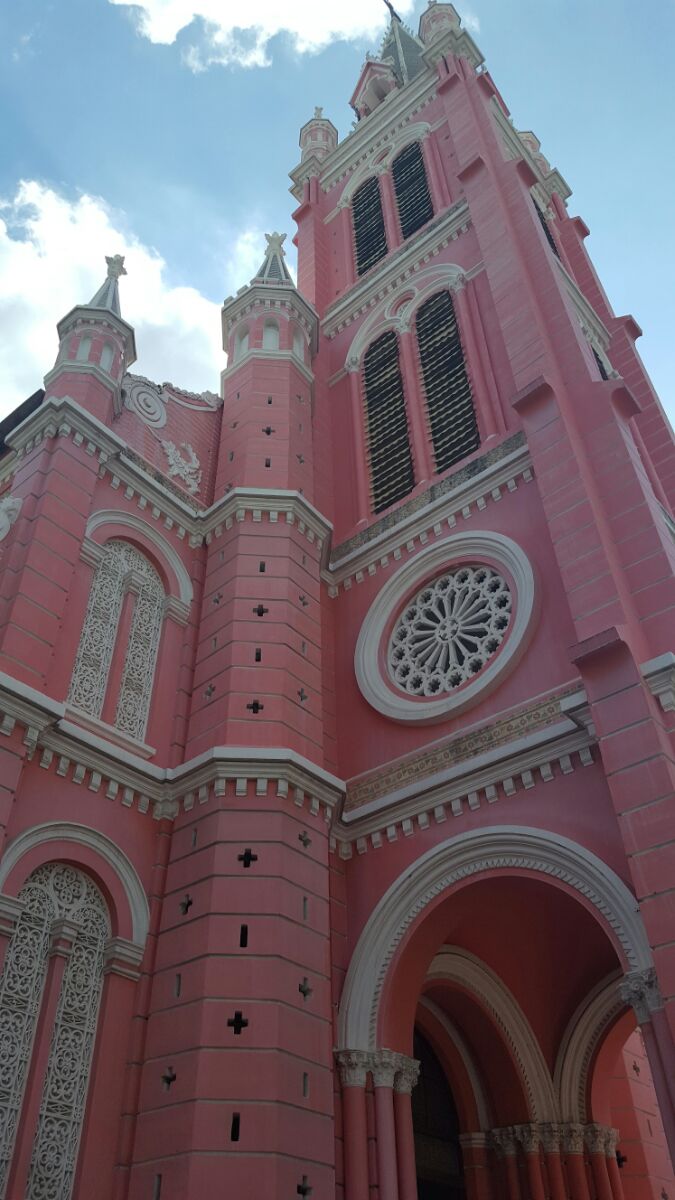