My CHAOTIC Border Crossing into Cambodia 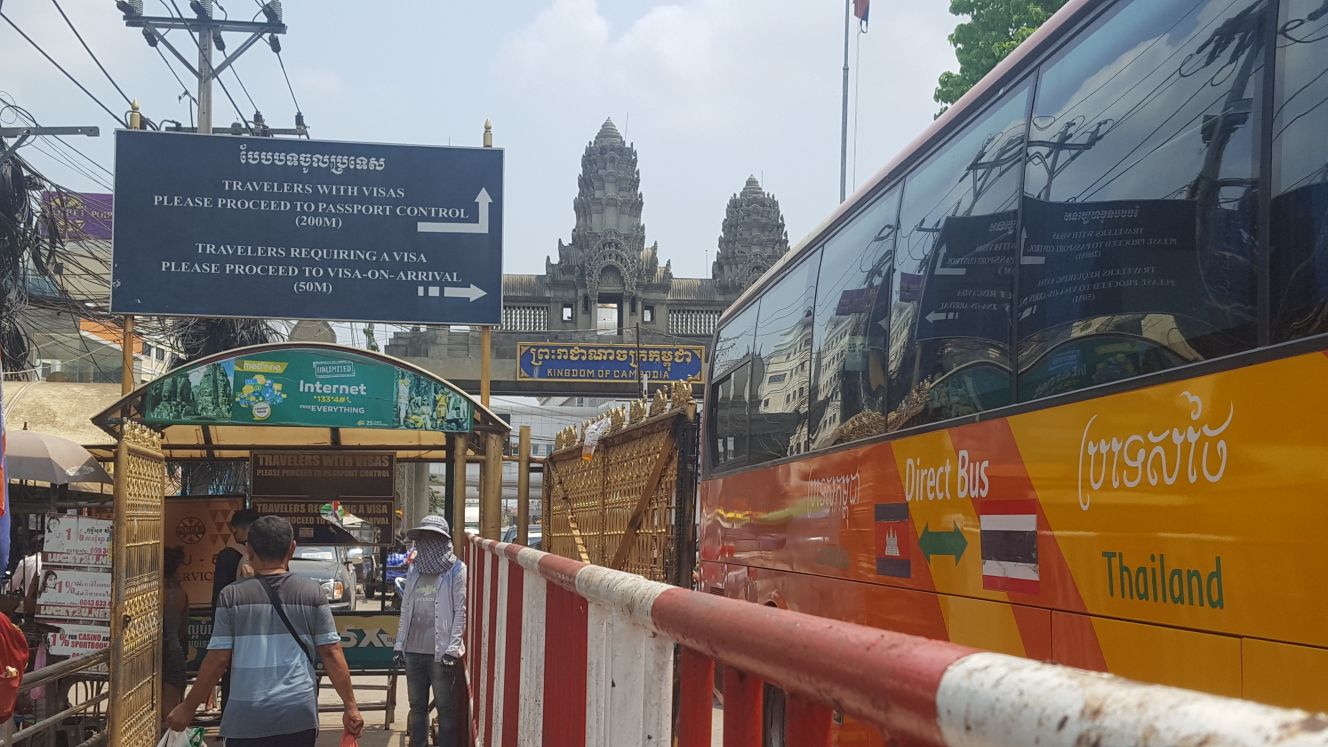 Flynn and I were up bright and early as we had to be out of our Bangkok hotel by 5:30am to catch our bus to Siem Reap, Cambodia.

After my varying experiences of long-haul bus trips in Malaysia, I had prepared myself for the worst. Our bus ticket said it would take 12 hours, so I assumed it would be at least 14 hours. We stocked up on snacks and drinks because we weren’t sure how often we would stop. We were pleasantly surprised when:

Crossing the Thailand-Cambodia border, now THAT was an experience. We were given a crash course into how to cross the border by our bus driver. “First, exit stamp from Thailand, walk, Cambodia visa, then Cambodia stamp. Meet back on bus by hotel.” Um… ok? Sounds simple enough. Five minutes later, we hear, “Quick, everybody off!” We literally hopped off the bus as it was still moving. We followed the crowd of people through Thailand’s immigration. Easy, peasy.

Then we walked outside, followed the sidewalk towards a sign saying Kingdom of Cambodia, and then chaos ensued. Guys on motorbikes asking if we needed rides. Buses and vans to our right getting inspected. Other people from our bus had gone off in all directions.

So where do you think we go now? I think he said something about a palace? Maybe that big building?

We asked one of the motorbike guys where to go and he pointed us down another sidewalk filled with street vendors. “Oh! There’s the hotel we’re supposed to meet at. And there’s our bus!” As we crossed the street and approached our bus, we realized we hadn’t gotten our Cambodian visa or stamp, yet we had somehow already crossed over into Cambodia. Our bus driver kindly showed us back to the Visa on Arrival office (still not sure how other people found it) and then guided us to the random cement building where our visa was stamped.

How did we just do that? It’s harder to get into a local farmers’ market in Colorado than to enter the country of Cambodia. 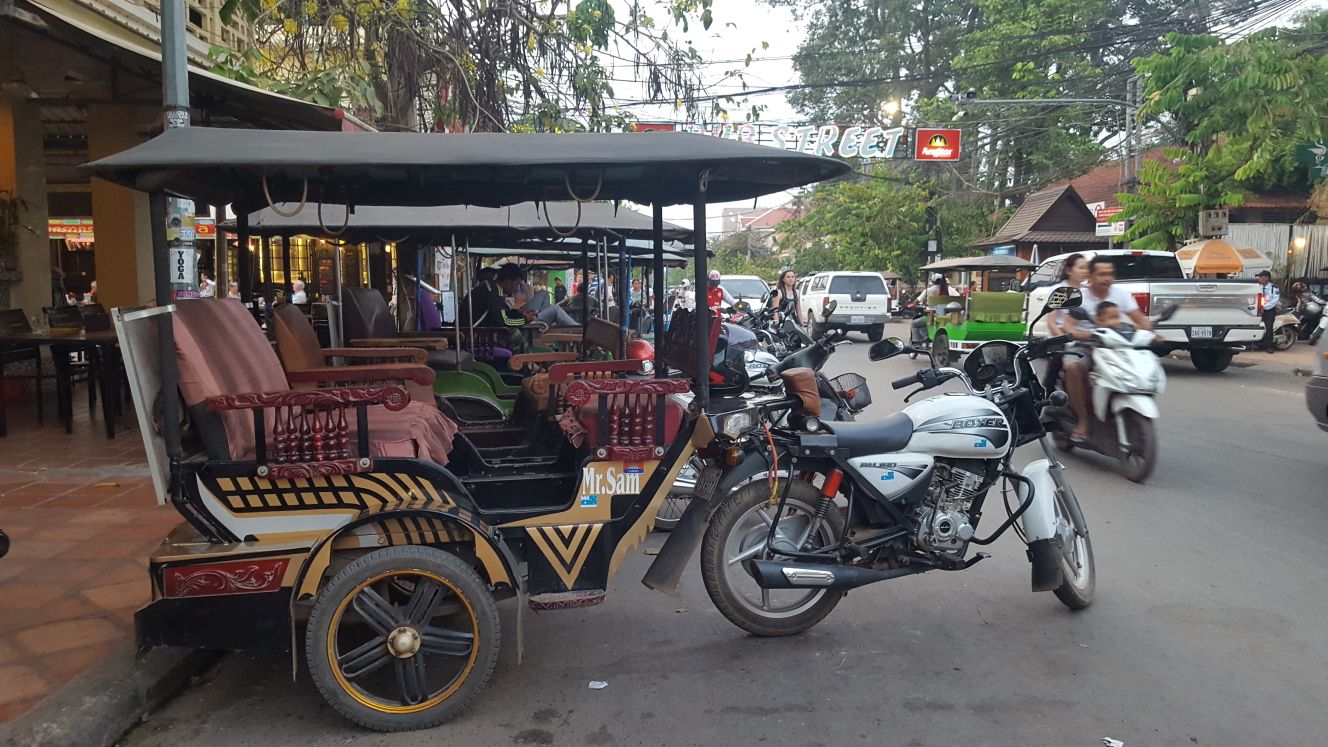 Upon arrival in Siem Reap, our tuk tuk driver was waiting to take us to our hostel. Cambodia’s tuk tuks are more like chariots compared to Thai tuk tuks. After checking in to our private room (it sure is nice to travel with a friend and not be in the dorm rooms!), we found bicycles to rent for a measly $2/day, grabbed a beer on Pub Street (hello $.50 happy hour!), and were in bed by 9:30pm. 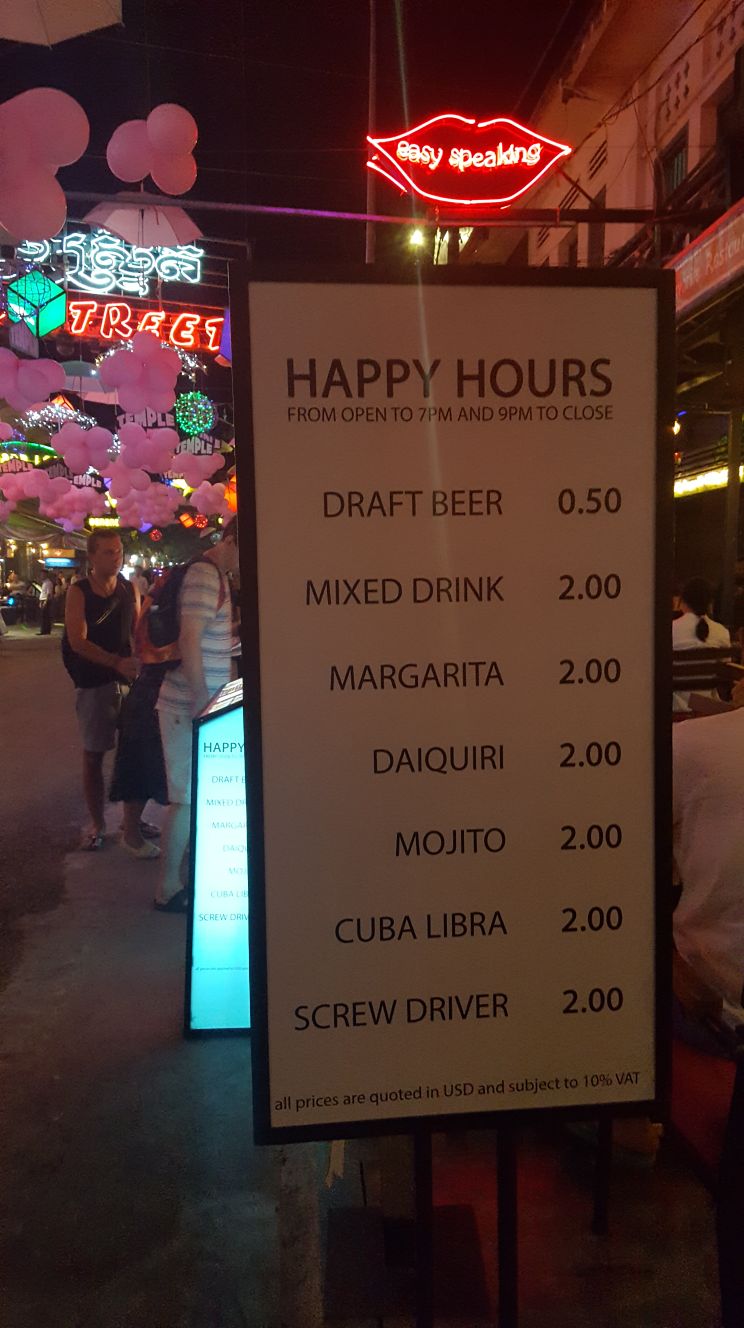