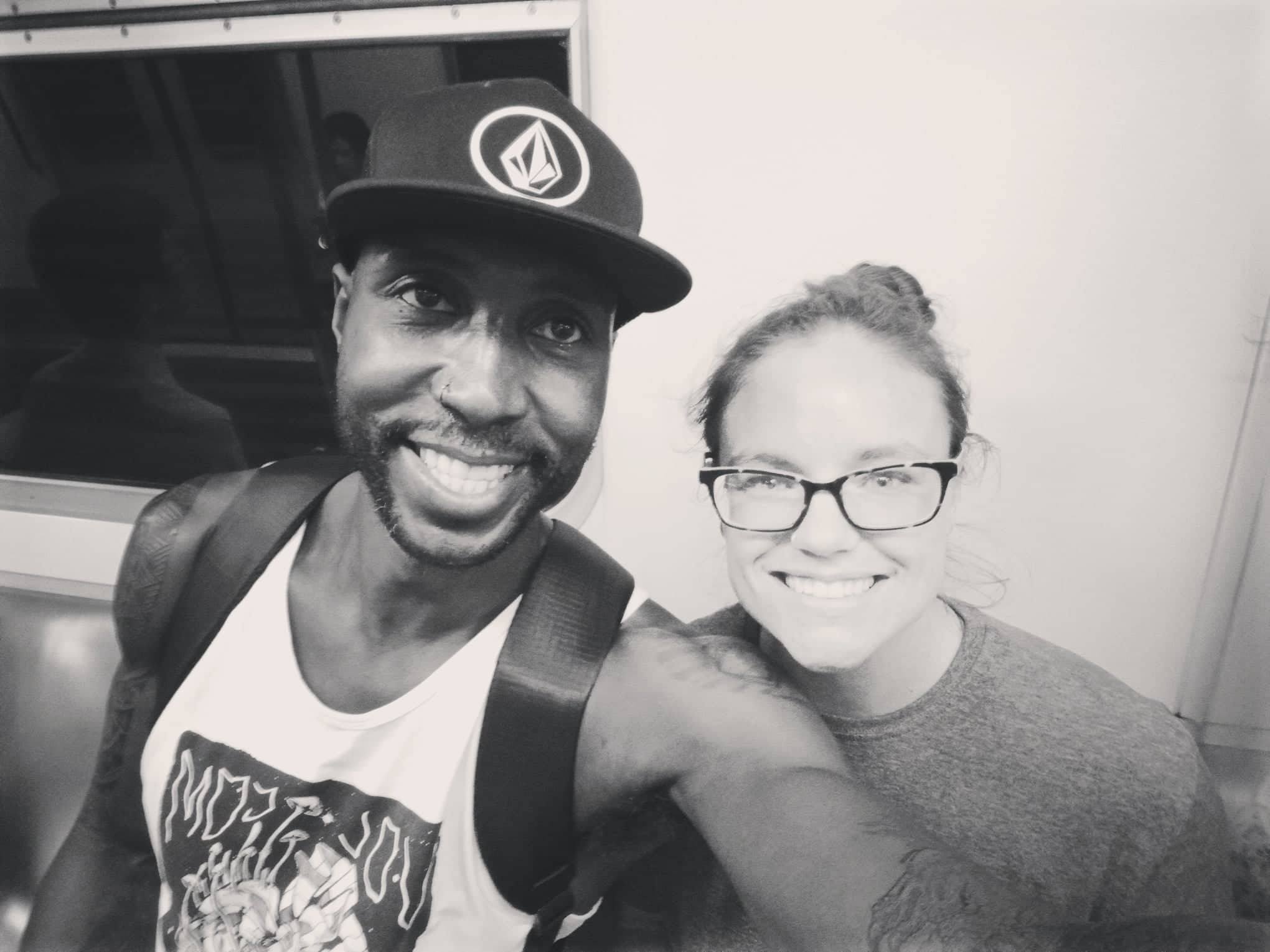 At 5:25am, he frantically popped out of bed, notified me of the time, took a shower, and finished packing, all while I snoozed away.

I told ya we’re not missing flights. 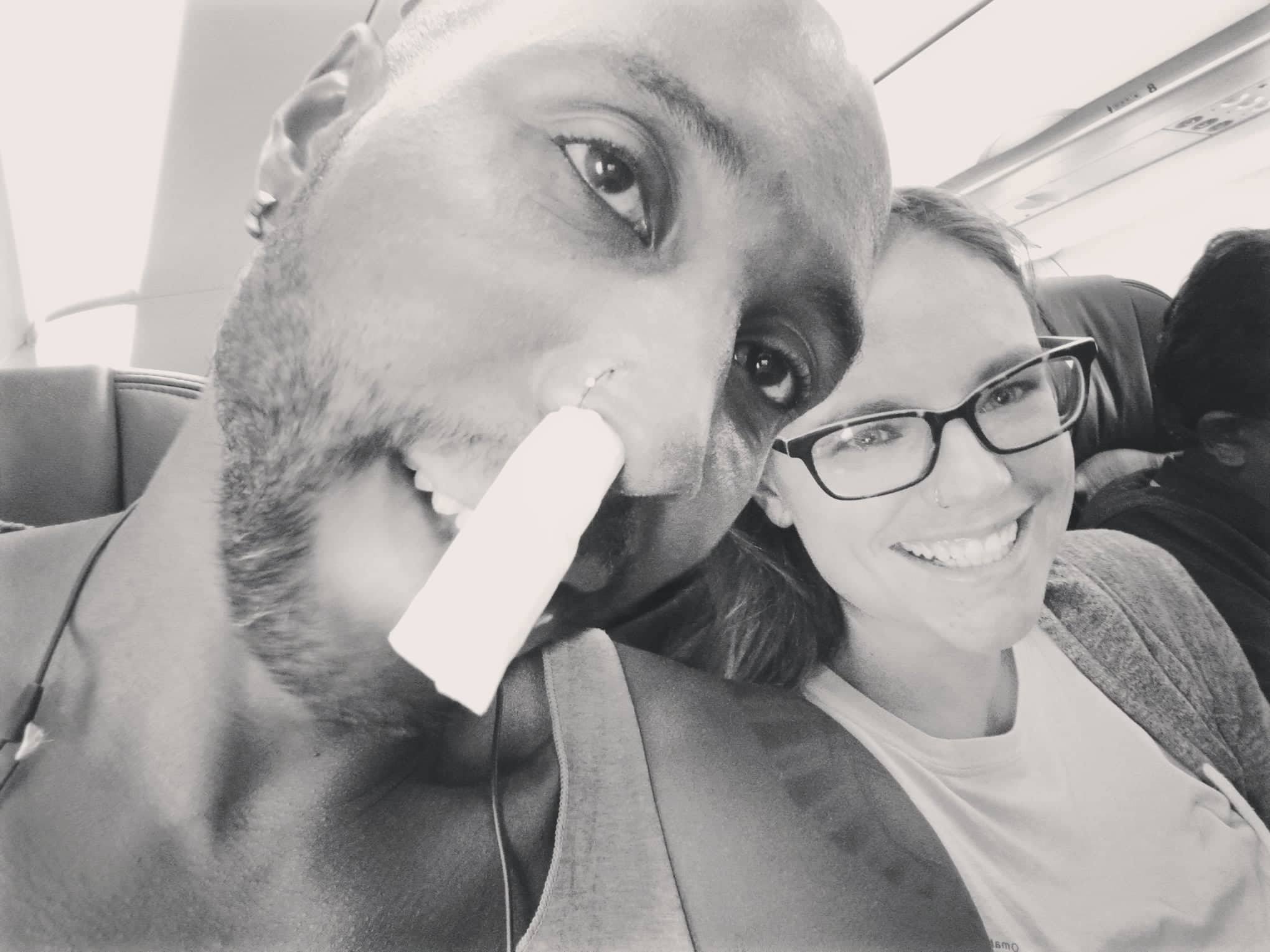 We made it to the airport with time to spare and hopped on our flight to Hong Kong. During our in-flight conversation, we began discussing other potential revenue streams for me so I could continue to travel but not have to teach. I again, had a mental breakdown just five short days after my first one.

I feel like I’m running out of money/not making enough. I really don’t enjoy teaching. I haven’t put anything into savings since October 2017.

I don’t know where to start. There’s so much information out there.

I won’t get to explore new cities. Traveling on savings is MUCH different than being a digital nomad.

I need to get my IUD replaced September 2019. Do Asian countries even know what an IUD is? Will I have to go back to the US for this? What am I going to do for long term health insurance? Pay out of pocket? COBRA?

I feel like the digital nomad market is super saturated. Maybe that’s because that’s the only people I’ve been around for the last two years???

I feel like I’m in a constant state of anxiety/being overwhelmed.

It’s going to be a grind to start new again and I feel like I just did a grind with learning how to teach and build up my base of regulars. Can I mentally handle another grind?

When will I find the time to learn something new? I’m already exhausted after teaching and exploring new cities is how I de-stress. I don’t even have time to research new places.

Being a digital nomad goes against the norm and feels like a big risk. I don’t know anything about running a business. I got a degree in Parks, Recreation, and Leisure Services…. never once did I have to take a class relating to Business Administration.

I’m really not happy with my current work/financial situation. But I don’t want to live back in America quite yet.

Let me tell ya… I don’t recommend having a mental breakdown on a flight. The other passengers look at you weird and there is no escaping it. You’re literally stuck in a tube for three hours. Upon arrival in Hong Kong, I had calmed myself down, along with Anthony’s help. 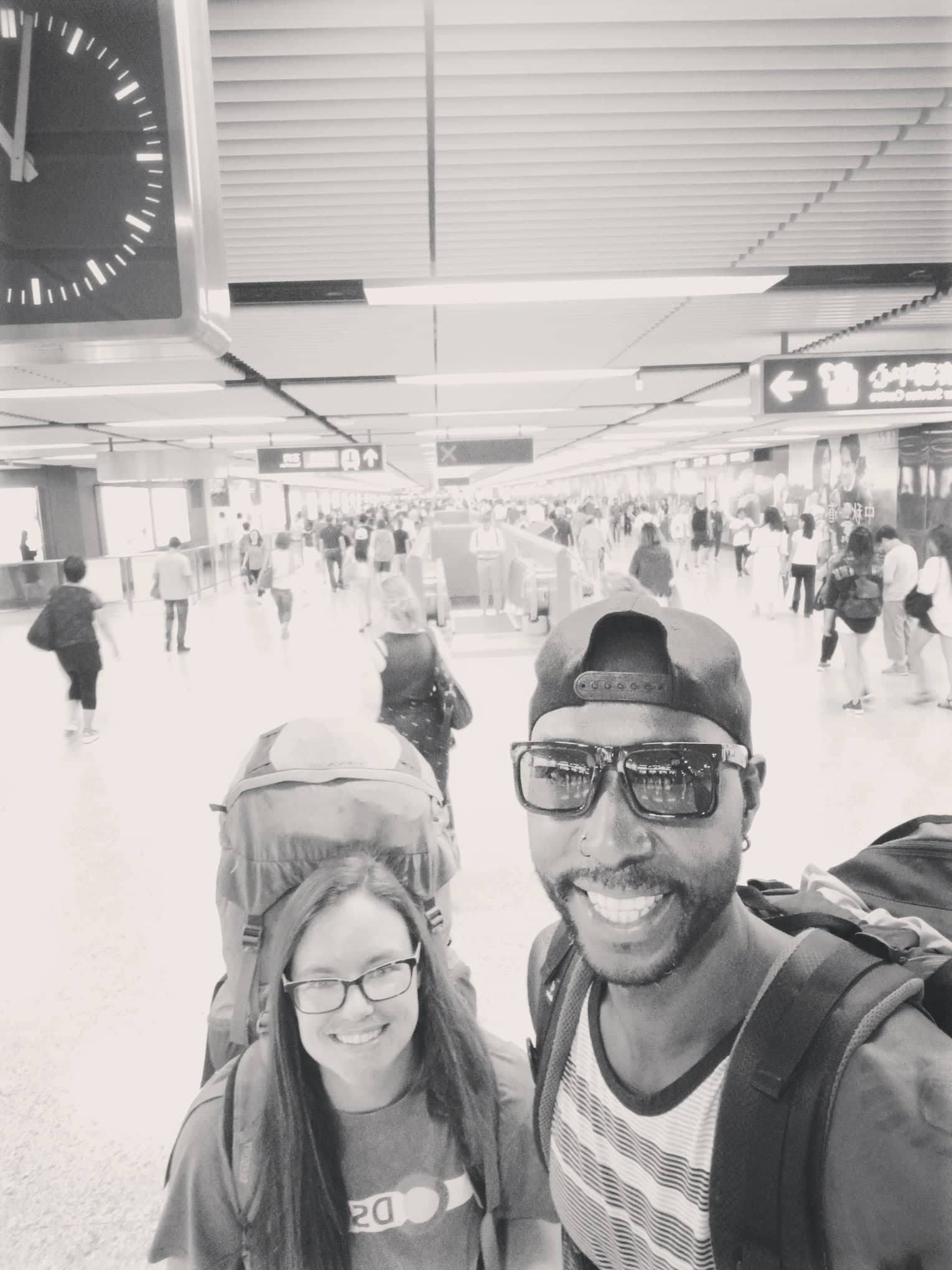 We spent the next five days in Hong Kong and to be honest, I really didn’t do much besides teach, eat, and sleep because I didn’t want to spend the money. We stayed on Hong Kong Island the first two nights and then in Kowloon for the final three nights.

After we checked in to our Kowloon Pentahotel, we looked out our window from the 15th floor and saw a basketball court about 300 meters away. Anthony had mentioned he was going to play basketball that evening while I taught.

Perfect! I should be able to watch him while I’m teaching. 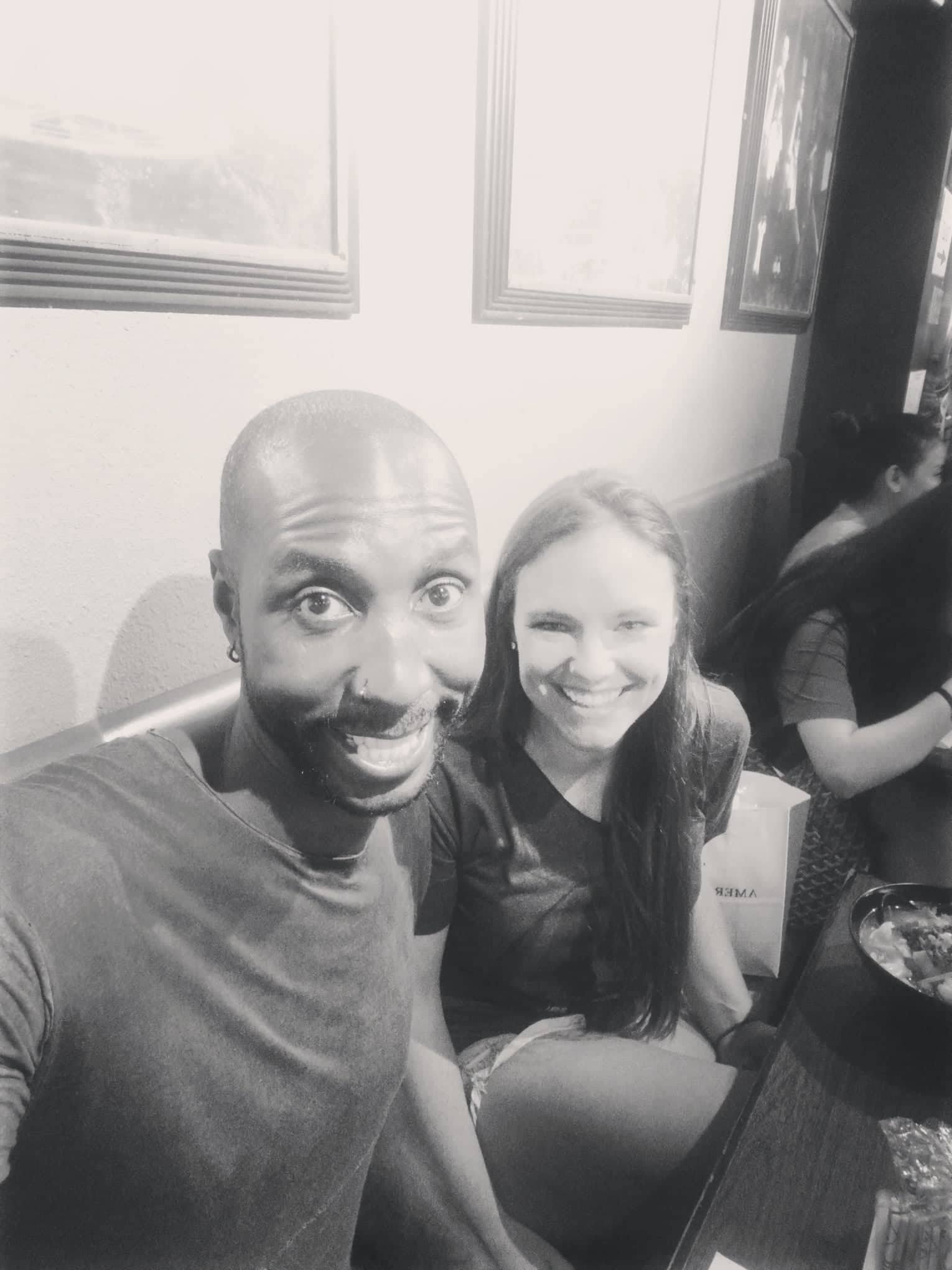 Six o’clock came and Anthony put on his workout shoes and clothes. I situated myself on the built-in bench attached to our window and started teaching. A little while later, I looked down at the court and noticed a black dude towering over the local Hong Kongese.

Yay! This will be fun!

Unfortunately, the more I kept watching, the more disappointed I was. He missed every single shot he took. He was the last person up the court. He never once got back to play defense. 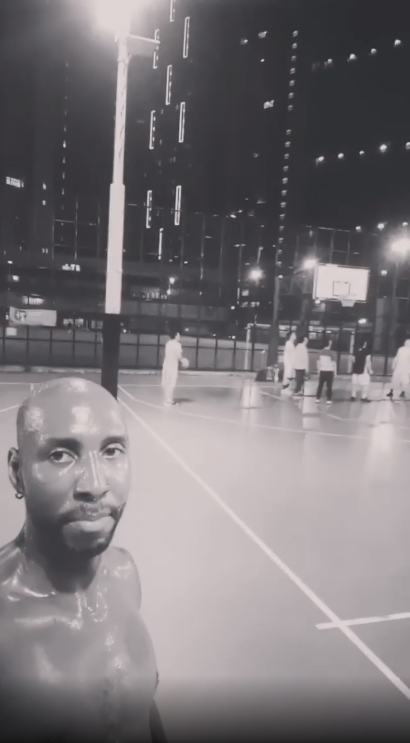 Oh my gosh. He’s terrible! What do I say to him when he gets home??? Pretend like I was too busy teaching to watch? Tell a white lie and say I enjoyed watching him??? I’m a terrible liar though. So much for me thinking he was athletic. I mean yeah, he’s coordinated in the gym, but the dude can’t even make one shot or hustle!

Shortly after I was done teaching, I heard the door beep and in walked Anthony. “So… how was basketball?” I casually asked. 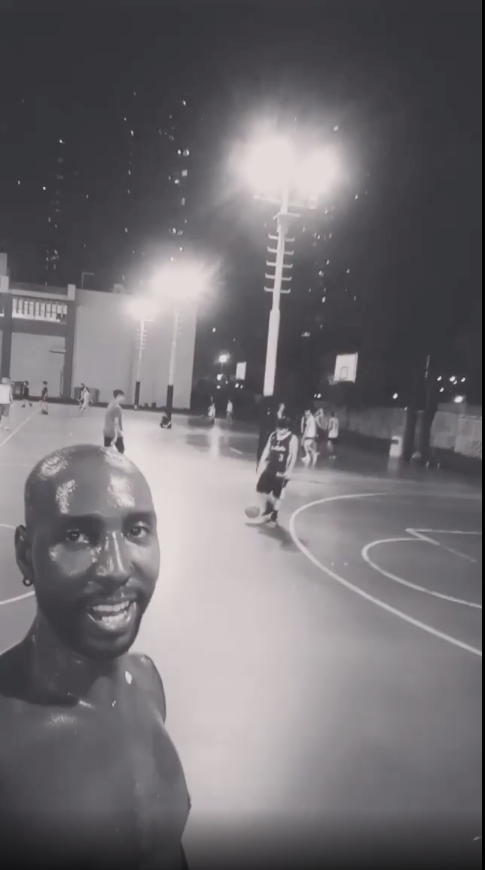 I then told him what I had witnessed and my internal struggle of not knowing how I was going to respond.

Even though I didn’t really do any exploring, I still was able to observe a few things. They don’t use sprayers in the bathroom which was a welcomed change from Bali, Thailand, and Cambodia. The city was VERY clean. I don’t know if I ever saw a piece of trash on the ground. Hardly anyone smokes — granted, we didn’t go out at all so maybe it’s different in the bar scene. Everything was very modern and sophisticated — their taxis had automatic doors, their buses were double-deckers, their cars were super luxurious. 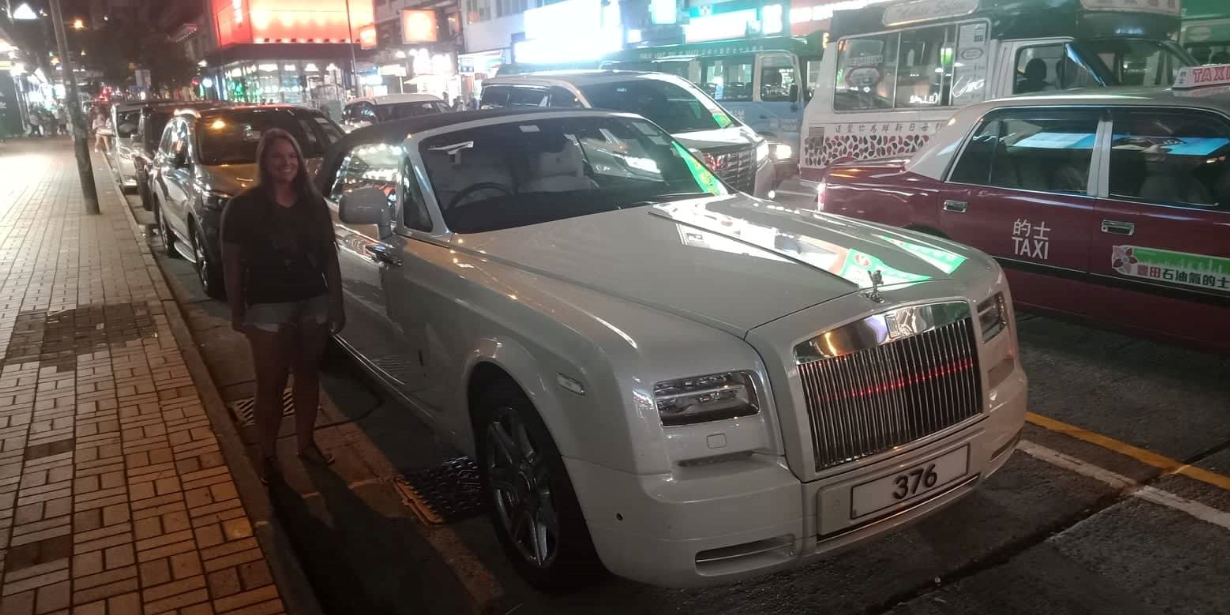 If you like tennis shoes (or sneakers/runners for you other people), you need to go to Hong Kong, specifically Sneaker Street and Fa Yuen Street. 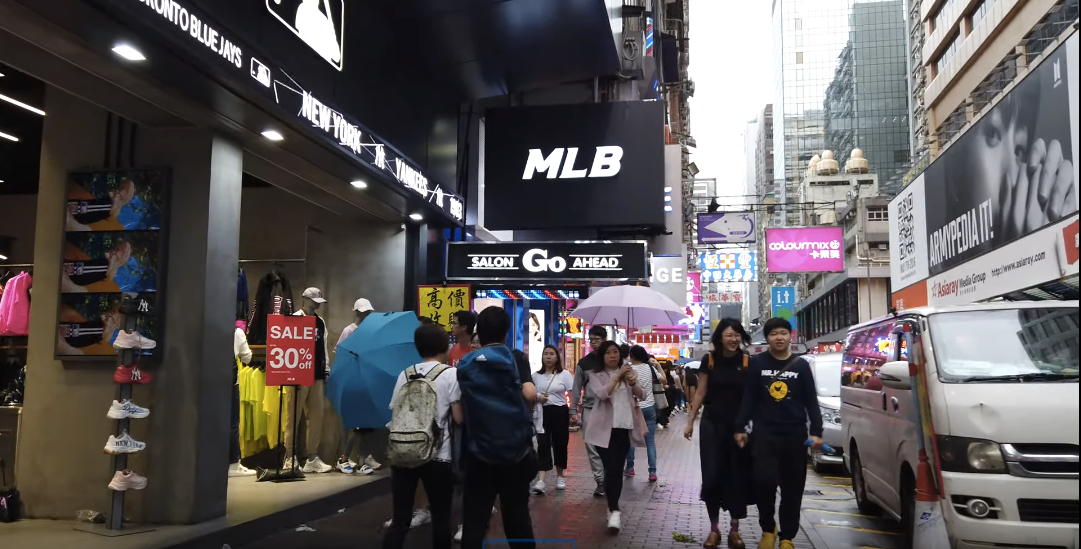 So. Many. Tennis. Shoes! Anthony was in need of some new ones and I can’t even count the number of athletic shoe stores we went into over the course of three days.

While Hong Kong was expensive and I’m not sure I want to go back there, it was nice to be back in a modern and Westernized city. 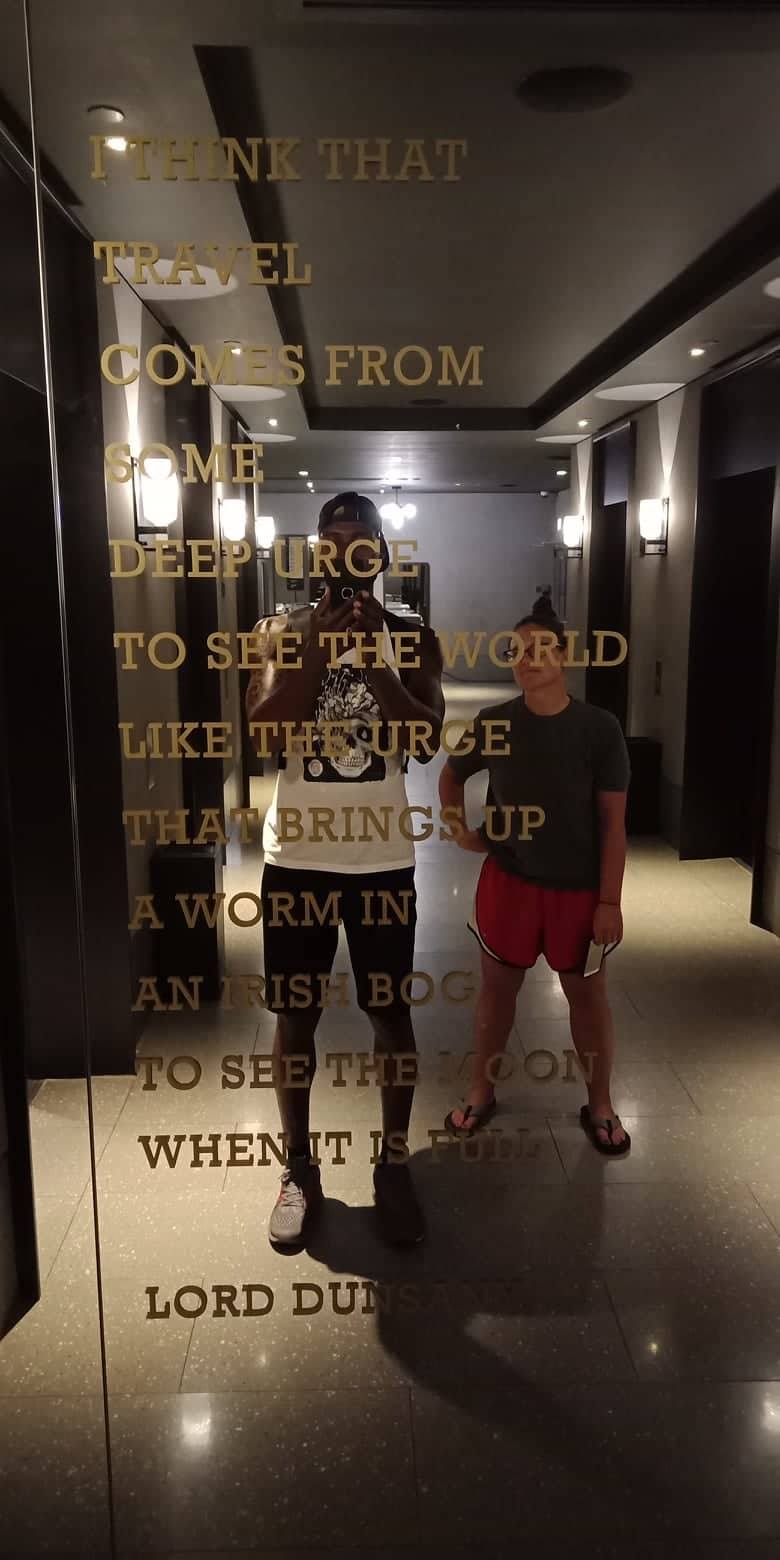