No Pooping and No Garbage Cans (Taiwan) 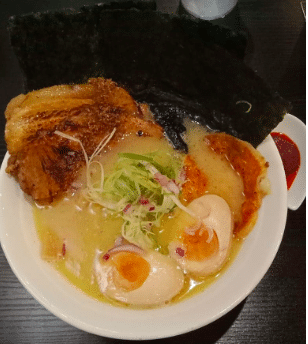 After five relatively expensive days in Hong Kong, we flew east to Taipei.

My initial thought upon landing was ‘Wow! This place is so green and mountainous!’ Even in the heart of Taipei, there were parks and green space everywhere.

As with Hong Kong, we didn’t do a lot of exploring or activities as I was still feeling overwhelmed and lost in regards to my future. After some more conversations between the two of us, Anthony introduced me to Hurricane Liz.

For any of you Amazoners out there, she is QUEEN. From FBA/private label to dropshipping and everything in between, she absolutely crushes it. We started some initial research of dropshipping on Amazon and discussed me managing Anthony’s store.

On Wednesday, I aimlessly walked around the city in between my classes for about two hours. I stumbled upon Yanping Riverside Park, a really large park that had a running/biking path, basketball courts, tennis courts, a sand volleyball court, and picnic/grilling stations right along the Tamsui River.

Oooo! Anthony could come here to play basketball and break in his new basketball shoes. 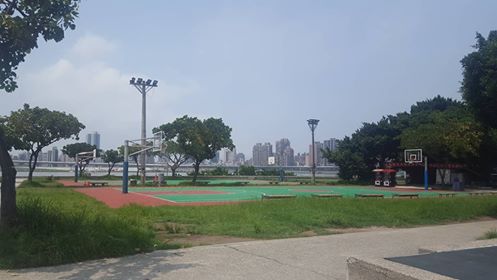 As I was checking out the quality of the courts, I noticed they had a bin full of basketballs tied to a tree that were well pumped up.

Talk about a safe city! And how amazing that people are respectful and actually put the basketballs back after they’re done playing so others can enjoy them too. This is how it should be! 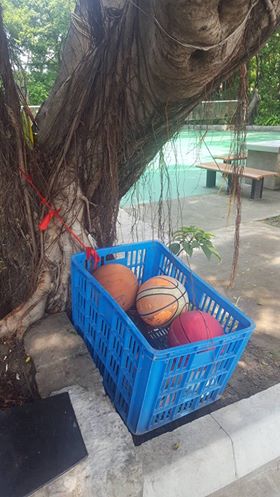 The next afternoon, I brought Anthony to the park to show him this awesome phenomenon. Before we got to the basketball courts, we ran across a bike rental shop.

This’ll be fun! We can bike along the river. Couldn’t tell ya the last time I did that.

First we tried out a tandem bike, because I mean, why not?! We quickly realized Anthony is not fun-sized like me as his knees slammed into the handle bars with each failed rotation attempt. We then switched to a different storage unit and tried out just a regular bike. Again, he made the road bike look like an 18″ BMX bike.

We made it over to the basketball courts and Anthony started shooting around.

Ok! He does have some skills here! His form is good; he’s hitting shots from both inside the lane as well as around the perimeter; now THIS is what I was expecting when I watched the guy in Hong Kong.

As he passed me the ball, I again reminded him that I hadn’t played basketball since the 8th grade. I stepped up to my sweet spot just to the right of the key and swish! Three-pointer, nothing but net.

Oooo! Hey! I’ve still got it! Just don’t ask me to do a layup. I’ll probably still shank it off the backboard.

You should have seen the look on his face. It was a mix of disbelief, amazement, and confusion. He didn’t say anything as he passed the ball back to me. After three more drained buckets, he said, “You can play! Are you sure it’s been since the 8th grade? I expected you to do a granny shot. Most people who haven’t played since the 8th grade can’t  shoot properly or even dribble.”

We continued to play around for the next two hours. I can honestly and fairly say that I won the last game of Horse, even in the rain.

Anthony’s thoughts on the situation:

I got hustled. This is bullshit. My girl can play! Oooo! Just wait until we go play pickup in Miami. They won’t be expecting her. Secret weapon. She’s a pure shooter. Hasn’t touched a basketball in over 15 years and she still has her form. I lost my manhood. The one sport I thought I was good at… she’s even wearing sandals. I gotta get her basketball sneakers.

As is common in the early stages of most relationships, I held back from burping, farting, or pooping in front of Anthony. This was a little more difficult since leaving Bali as we were now living together out of hotel rooms. I would either hold it in and not go or find some excuse to go down to the lobby to use the toilet there. But even then, I felt rushed and uncomfortable. Beginning Thursday evening and only intensifying by Friday morning, my stomach hurt really bad. It got to the point of nausea and caused me to have to bend over while walking just to get some relief. Anthony grew concerned about me over the next few days. He was persistent about taking me to the doctor which I refused and came up with different excuses.

I don’t need to go to the doctor. I just need to have a real poop!

Side note: I didn’t tell him the real reason why my stomach hurt until about 7 months later.

For being a Chinese territory, there sure was a lot of Japanese influence especially in the food. I introduced Anthony to ramen and it was just as good as the times I had it back in Tokyo in May 2017. During one of our dinners, he ordered two massive bowls of ramen and cleaned up both of them. If you’ve never had real ramen (not the sodium-filled instant noodles you find in any US college student’s cupboard), you must take a trip to Japan or apparently even Taipei.

In addition to being a safe city, Taipei was another very clean city. So clean in fact, that we couldn’t even find garbage cans to throw our trash away in. A local informed us their garbage cans were camouflaged into sides of buildings or as potted plants. We had to strain our eyes to notice them. It was a little like ‘Where’s Waldo’.

We had initially planned to stay in Taiwan for two months. One week in Taipei and the rest of the time in Hualien, but the immediate threat of a typhoon cut our trip down to just six days.  Back in August, I had talked Anthony into staying on Bali for another month even with all the earthquakes happening so I felt it was time to compromise on this severe weather/natural disaster threat and we headed for safety in Vietnam. As it turned out… the typhoon changed direction a bit after we left and slammed into Hong Kong instead.